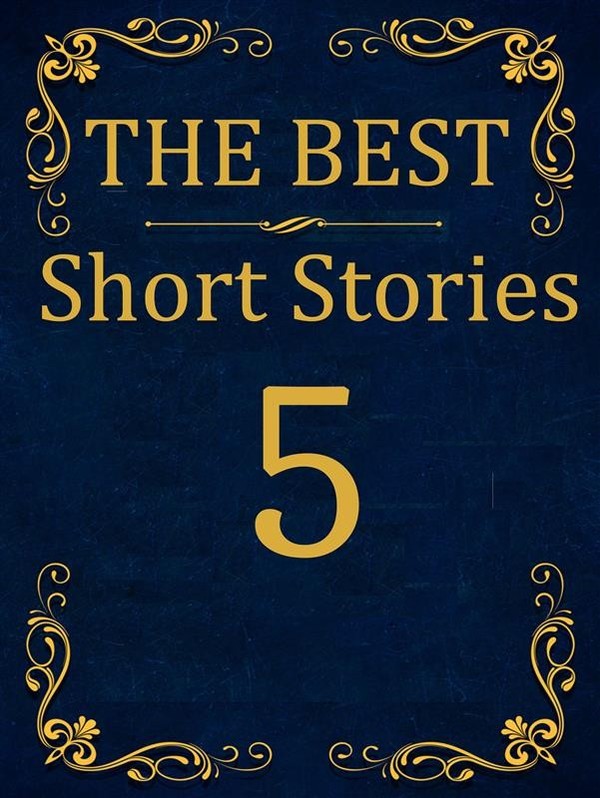 <b>THE BEST SHORT STORY - 5</b><br /><br /><u>AUTHORS</u><br /><br />Jack London<br />Guy de Maupassant<br />Edgar Allan Poe<br />Mark Twain<br />H.H. Munro (SAKI)<br />Ambrose Bierce<br />L. Frank Baum<br />Charlotte M. Yonge<br />Anton Chekhov<br />Nathaniel Hawthorne<br />EDITED BY<br />Ahmet &Uuml;nal &Ccedil;AM<br />Aloha Oe<br />by Jack London<br />________________________________________<br />Never are there such departures as from the dock at Honolulu. The great transport lay with steam up, ready to pull out. A thousand persons were on her decks; five thousand stood on the wharf. Up and down the long gangway passed native princes and princesses, sugar kings and the high officials of the Territory. Beyond, in long lines, kept in order by the native police, were the carriages and motor-cars of the Honolulu aristocracy. On the wharf the Royal Hawaiian Band played &quot;Aloha Oe,&quot; and when it finished, a stringed orchestra of native musicians on board the transport took up the same sobbing strains, the native woman singer&#39;s voice rising birdlike above the instruments and the hubbub of departure. It was a silver reed, sounding its clear, unmistakable note in the great diapason of farewell.<br />Forward, on the lower deck, the rail was lined six deep with khaki- clad young boys, whose bronzed faces told of three years&#39; campaigning under the sun. But the farewell was not for them. Nor was it for the white-clad captain on the lofty bridge, remote as the stars, gazing down upon the tumult beneath him. Nor was the farewell for the young officers farther aft, returning from the Philippines, nor for the white-faced, climate-ravaged women by their sides. Just aft the gangway, on the promenade deck, stood a score of United States Senators with their wives and daughters--the Senatorial junketing party that for a month had been dined and wined, surfeited with statistics and dragged up volcanic hill and down lava dale to behold the glories and resources of Hawaii. It was for the junketing party that the transport had called in at Honolulu, and it was to the junketing party that Honolulu was saying good-bye.<br />The Senators were garlanded and bedecked with flowers. Senator Jeremy Sambrooke&#39;s stout neck and portly bosom were burdened with a dozen wreaths. Out of this mass of bloom and blossom projected his head and the greater portion of his freshly sunburned and perspiring face. He thought the flowers an abomination, and as he looked out over the multitude on the wharf it was with a statistical eye that saw none of the beauty, but that peered into the labour power, the factories, the railroads, and the plantations that lay back of the multitude and which the multitude expressed. He saw resources and thought development, and he was too busy with dreams of material achievement and empire to notice his daughter at his side, talking with a young fellow in a natty summer suit and straw hat, whose eager eyes seemed only for her and never left her face. Had Senator Jeremy had eyes for his daughter, he would have seen that, in place of the young girl of fifteen he had brought to Hawaii a short month before, he was now taking away with him a woman.<br />Hawaii has a ripening climate, and Dorothy Sambrooke had been exposed to it under exceptionally ripening circumstances. Slender, pale, with blue eyes a trifle tired from poring over the pages of books and trying to muddle into an understanding of life--