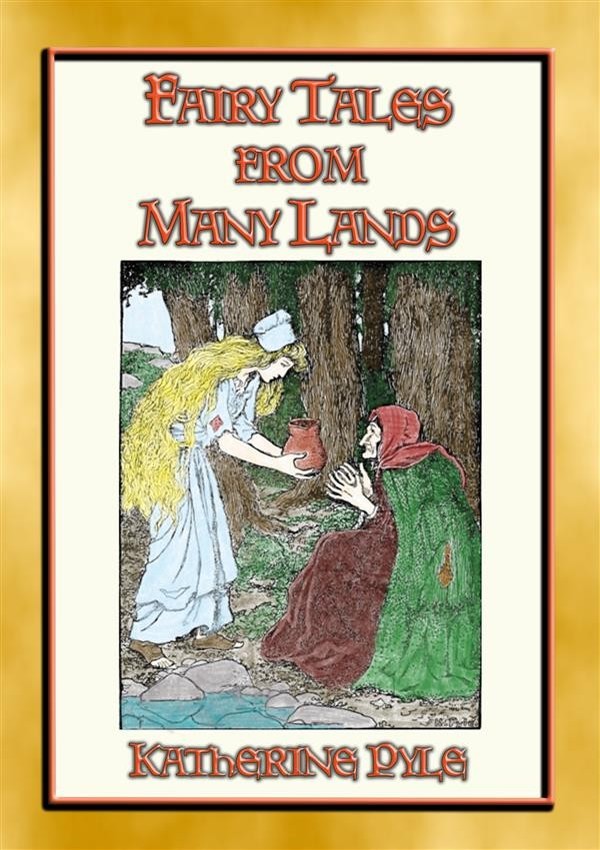 “FAIRY TALES FROM MANY LANDS” is one of the all-time children’s classics. Between 1911 and 1938 it was reprinted on no less than 7 occasions – a record for a children’s book.
Like the Grimm Bros. and Andrew Lang before her, Katherine Pyle has collected 15 stories from around the world, then edited and illustrated them.

Herein you will find the stories of:
The Seven Golden Peahens
Mishosha, The Magician Of The Lake
Haamdaanee And The Wise Gazelle
The Two Sisters
The Feather Of The Zhar Bird
The Beautiful Maria Di Legno
The Evil One Who Married Three Sisters
The Faithful Dog
Kempion
Buttercup
The Sun And The Moon
How The Elephant And The Whale Were Tricked
Cherry
Diamonds And Roses And Pearls; and
The Three Cows

These are not the usual fare of fairy tales, which was why the book has been so successful. Here are tales from Serbia, the American Indians, the spice island of Zanzibar, the Hindus of India, the Cossacks, the Romans, Norse, Italian, Turkish and more besides.
So sit back with a steamy beverage and be prepared to be entertained for many-an-hour with this series of forgotten children’s stories. If and when you come to pick up the book where you left it, don’t be surprised if you find a younger reader is now engrossed in these stories and is somewhat reluctant to let it go.