What the Bible Teaches 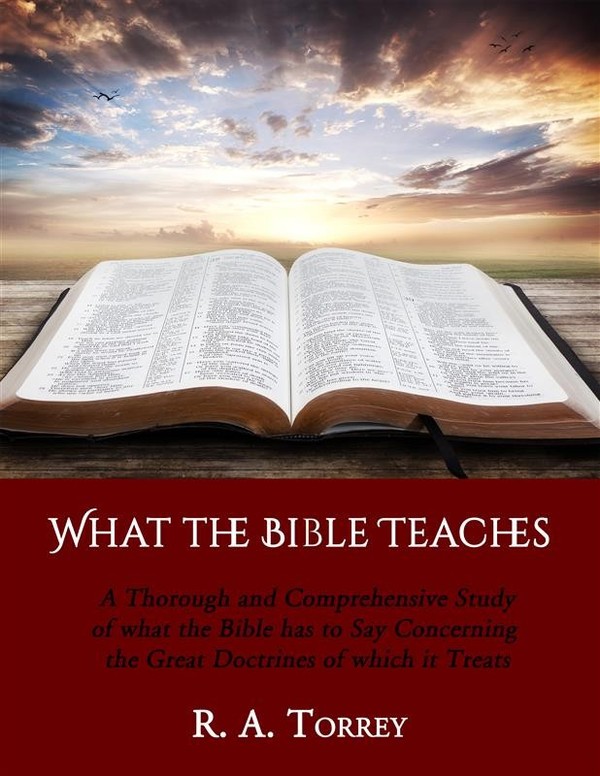 What the Bible Teaches

This book represents years of study. Its contents have been tested again and again in the classroom—in classes composed, in some instances, of representatives of thirty-six denominations. However, it is not supposed for a moment that it exhausts all the Bible has to say on the topics treated, much less that it takes up and exhausts every topic dealt with in the Bible. The Bible is the one inexhaustible book. This work is simply an attempt at a careful, unbiased, systematic, thorough-going, inductive study and statement of Bible truth. The method of the book is rigidly inductive. The material contained in the Bible is brought together, carefully scrutinized, and then what is seen to be contained in it stated in the most exact terms possible. Exactness of statement is first aimed at in every instance, then clearness of statement. Beauty and impressiveness must always yield to precision and clearness. The scripture from which a proposition is deduced is always given before the proposition. The methods of modern science are applied to Bible study—thorough analysis followed by careful synthesis. Though no Hebrew nor Greek words appear in the work, it is based upon a careful study of the original text as decided by the best textual critics (especially Tischendorf and Westcott and Hort in the New Testament, though other editors, and the manuscripts themselves, have been considered in some instances). Wherever possible the text of the Authorized Version has been given. In many instances this was impossible, as the Revised Version is manifestly much more exact. Had it appeared that the Revised Version would soon obtain that general acceptance and use which it seems to so richly deserve, the author would have adopted it through out; except in those rare instances where it is manifestly in error. In very few instances, indeed, has it been necessary to adopt renderings differing from both the Authorized Version and the Revised Version, and from the American Appendix to the Revised Version.
Some of the propositions in this book may appear new and even startling to many, but it is believed that they fairly and exactly state the contents of the passages upon which they are based.
It is hoped that the book will prove of interest and help, both to those who believe in the Divine origin of the Bible and to those who do not. One of the most satisfactory ways of determining whether the Bible is of Divine origin or not, is by finding out precisely what it teaches and whether there is one deep philosophy running through the book composed by such a multiplicity and variety of human authors. The writer must confess that his own conviction that there was one Author back of the many writers, and that that one Author was God, has ever deepened as he studied.
Just the suggestion of a few ways in which this book can be used with profit:
Its most apparent use is as a classbook in Bible Theology, its arrangement by sections and propositions having had such use in mind. The book can also be used in family devotions by those who desire something more orderly, systematic and thorough than the methods usually employed in this important, but neglected, department of Christian culture.
It is hoped that it may be helpful also in private devotional study of the Bible. While the book aims to be scientific, it is not cold. Too much devotional study of the Bible is haphazard. By the use of this book it can be made orderly, thorough and progressive.
The author has received numerous letters from groups of believers where there were no churches, and from other groups in various churches, asking for a definite outline of Bible study, and trusts that this book may be helpful in many such cases. Why, for example, could not groups of Christians who are shut out from ordinary church privileges gather together and study the Bible itself with the help of this book?