The ART of LOVING 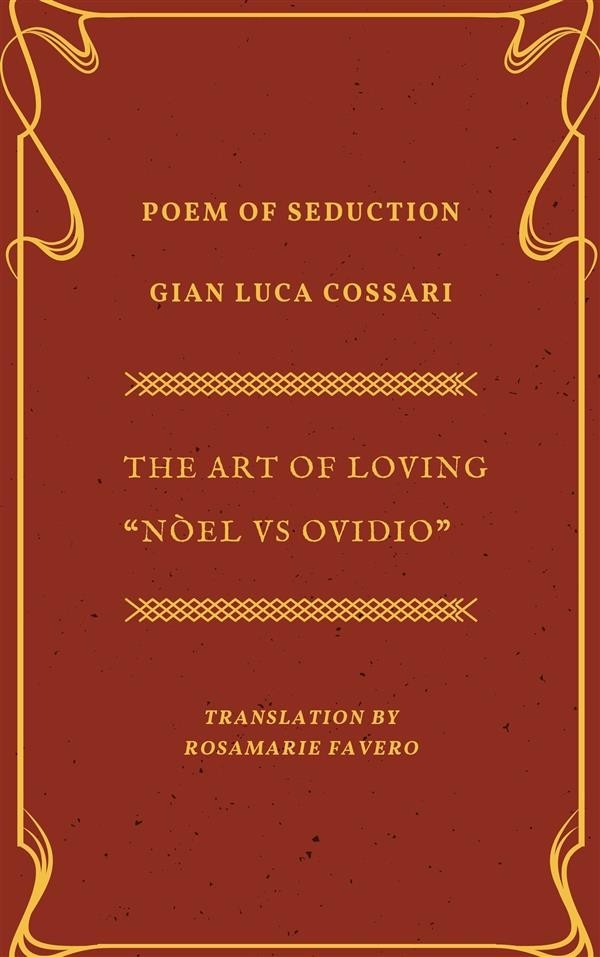 The ART of LOVING

Futurist poet, able to go beyond the limits and vested schemes, Gian Luca Cossari, a.k.a Nòel, in his poetic work also refers to the classical tradition, so much that he can be called "the Ovid of the XXI century". The poem is divided in three canti entitled "Noel vs. Ovid", Winner in 2017 at Spoleto Art Literature Festival. Inspired by the rich tradition of Greek and Latin erotica, epigrammatic poetry and Roman elegy, albeit in a parody and light key, the “Art of Love”, qualifies as a manual for the discipline of love. It is a real contemporary “Art of Love”. The first canto describes the instruments with which man can reach a woman's love, the second canto describes the ones by which he can manage to mantein the woman's love, while the third canto is a true hymn to the woman, central element of the poetic art of Cossari. In common with Ovid, Nòel has the feeling of the centrality of the literary consciousness of the poet, which shows itself in both the insistence on poetry as an instrument of immortality and autonomous creation. The female figure, however, while in Ovid is often portrayed in an unhappy condition, left alone by the groom-lover, as in Heroides,  in Cossari she is a superior being, to whom the poet provides a sort of handbook, of contemporary etiquette of behaviour. To every man the woman, According to the poet, gives a specific task. To the poet you cannot ask anything other than "verses of emotion", well aware that no one will know how to love her as much as him.