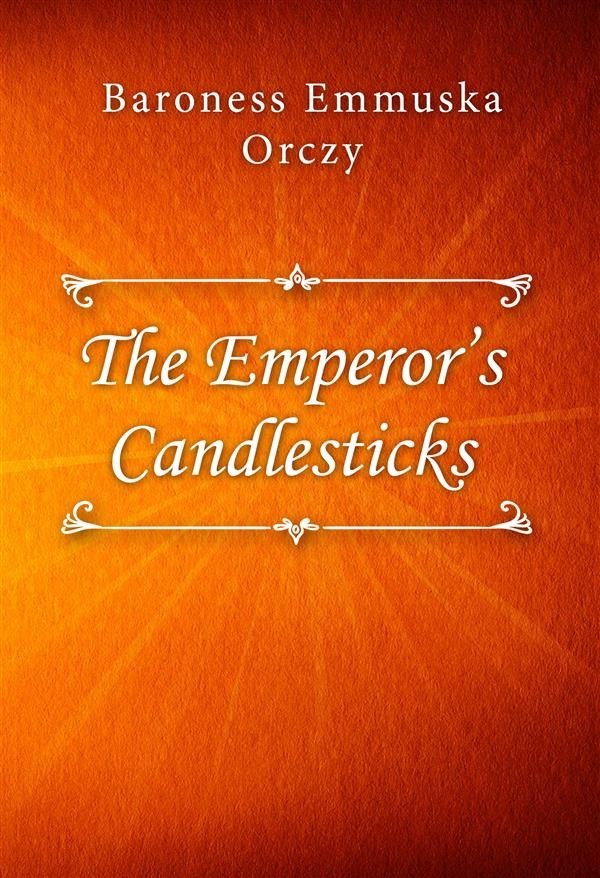 The Emperor’s Candlesticks was first published in 1899, shortly after the author had given birth to her only son. Orczy was the aristocratic daughter of a Hungarian composer and Countess mother; she left Budapest as a child and travelled to Brussels and Paris where she studied music. When she was fifteen, the family moved to London and she began attending Art School where she met her future husband. Orczy produced art that was considered good enough to be exhibited at the Royal Academy in London, although it did not bring her either fame or fortune. While Orczy had an aristocratic background, her husband was an illustrator and writer that earned very little money and, as a result, she decided it was necessary for her to begin writing in order to provide more financial security for the family.
However, in 1937 it was adapted for film, starring two major actors of the period, William Powell and Luise Rainer. A romantic thriller set in the late nineteenth century, the novel concerns two spies that attempt to transport messages from central Europe into Russia via candlesticks. One is an idealistic anarchist and socialist, while the other is a Russian agent, working for the state to suppress any revolutionary action. It is clear the author viewed revolutionaries as dangerous extremists and that she had little sympathy with socialists or anarchists. In the conclusion to the novel she stresses the importance of sublimating political endeavours in the pursuit of personal and individual aspirations.