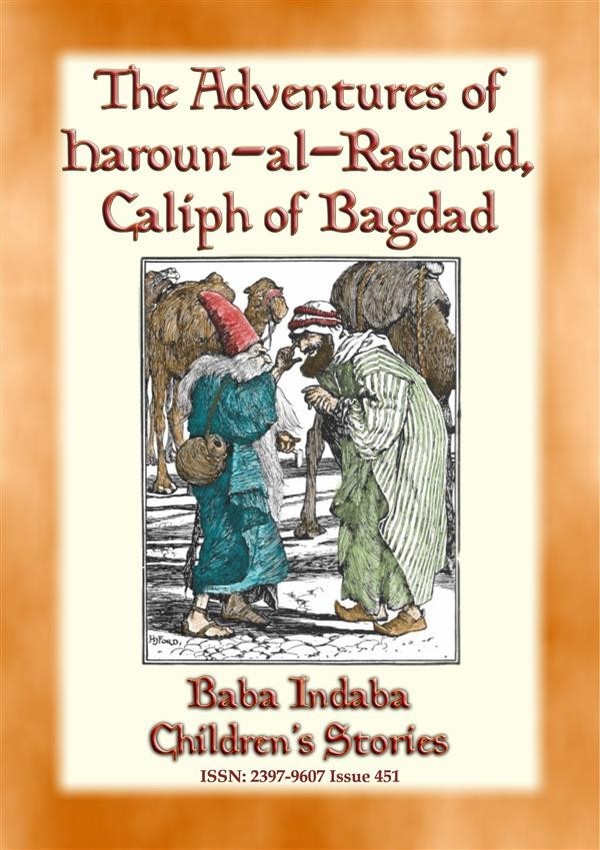 In this 451st issue of the Baba Indaba’s Children's Stories series, Baba Indaba narrates the Eastern Fairy Tale of “The Adventures Of Haroun-Al-Raschid, Caliph Of Bagdad.”

A long, long time ago and far, far away, in an ancient Mesopotamia, the Caliph Haroun-al-Raschid sat in his palace, wondering if there was anything left in the world that could possibly give him a few hours’ amusement, when Giafar the grand-vizir, his old and tried friend, suddenly appeared before him.

Now Giafar had something of importance to say to the Caliph, and had no intention of being put off by mere silence, so with another low bow in front of the throne, he began to speak.

"Commander of the Faithful," said he, "I have taken on myself to remind your Highness that you have undertaken secretly to observe for yourself the manner in which justice is done and order is kept throughout the city. This is the day you have set apart to devote to this object, and perhaps in fulfilling this duty you may find some distraction from the melancholy to which, as I see to my sorrow, you are a prey."

"You are right," returned the Caliph, "I had forgotten all about it. Go and change your coat, and I will change mine……"

But then what happened you may ask? What happened to the Caliph? Did what he discovered give him the fulfilment he so desired? Where did he go with his Vizir and what did they get up to? And what is “The Story Of Of The Blind Baba-Abdalla” all about? How did everything turn out in the end? Well, you’ll have to download and read this story to find out for yourself.