HERO STORIES OF RUSTEM - The Hero Prince of Persia 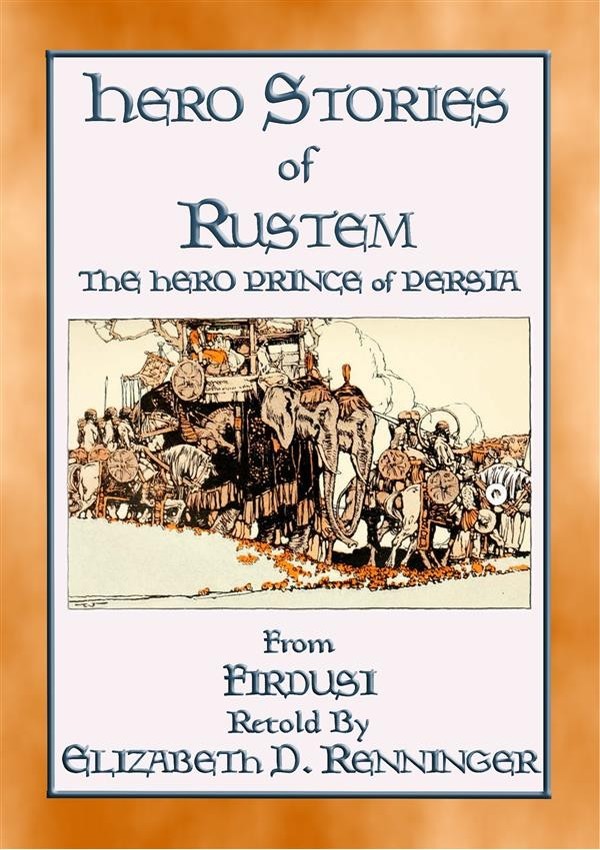 HERO STORIES OF RUSTEM - The Hero Prince of Persia

The name Rustem is derived from the Persian name Rostam, the name of the Persian epic hero figure who is featured in this volume.
Rustem is the most celebrated legendary hero in Shahnameh and Iranian mythology and it is on this volume that the action and adventure movie "The Prince of Persia" was based.
In the Shahnameh, Rostam and his predecessors are Marzbans of Sistan (in present-day Baluchestan (Balòčestàn‎) Province, Iran).

The Hero Tales of Rostem/Rostam rank equally alongside the Spanish epics of el Cid, the French, Song of Roland, Väinämöinen who features in the Kalevala, the Finnish epic, of Sigurd and Brynhild in the Norse Volsung saga, the adventures and achievements of Beowulf and of the Legend of King Arthur and the Knights of the Round Table.

Rostam is always represented as the mightiest of Iranian paladins (holy warriors), and the atmosphere of the episodes in which he features is strongly reminiscent of the Parthian period (247 BC – 224 AD). He was immortalized by the 10th-century Persian poet Ferdowsi in the rather lengthy Shahnameh, or Epic of Kings, which contains pre-Islamic Iranian folklore and history.

He is best known for his tragic fight with Esfandiar, the other legendary Iranian hero, for his expedition to Mazandaran (not to be confused with the modern Mazandaran province), and for his mournful fight with his son, Sohrab, who was killed in the battle. Rostam was eventually killed by Shaghad, his half-brother who son the of Zal and Rudaba.