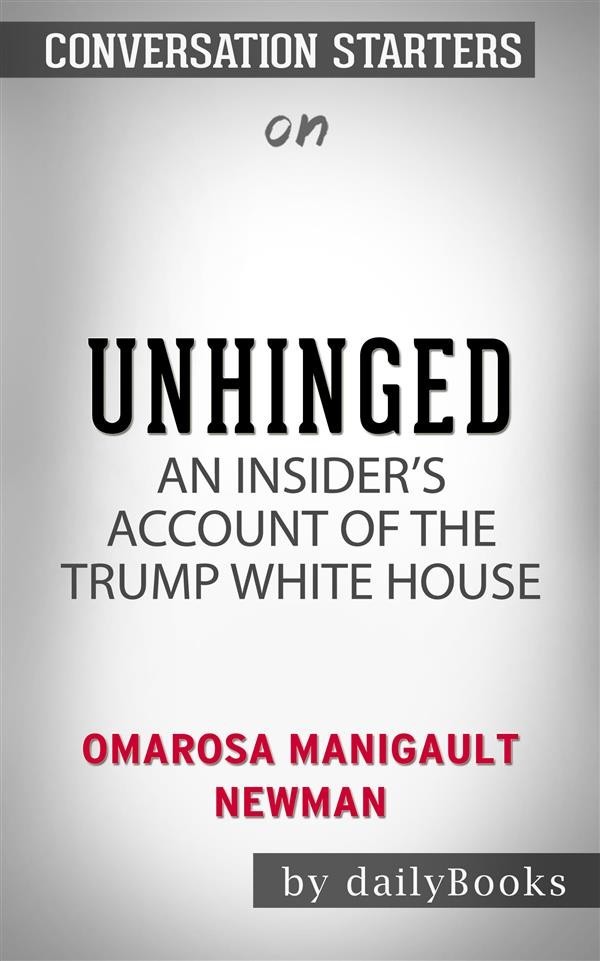 Unhinged: An Insider's Account of the Trump White House is a book written by Omarosa Manigault Newman. She is the former Director of Communications for the Office of Public Liaison and Assistant to President Donald Trump. As a White House insider, she provides an eye-opening look into the current administration’s corruption and controversy. Only a few people can claim that they were a member of the inner orbit of the current President. No one has been so longer than Omarosa Manigault Newman. Their relationship started way before Trump sat in the office. Fifteen years through television shows and Trump’s presidential campaign, and a year in the White House. This relationship has come to a definitive end. Now, Newman shares her side of the story in this tell-all memoir from a strong and smart woman who wrote every number and every name.

Bustle says that Manigault Newman’s book “paint a picture of a chaotic White House.” Ted Johnson for Variety comments, “Some of her claims are salacious. Some are trivial. Some are hard to determine if she has proof to back them up via other recorded conversations or documentary evidence.” Emily Stewart and others for Vox writes, “It’s filled with salacious — and often unverifiable — allegations and wild tales. It reads like a guilty pleasure, a beach read.”