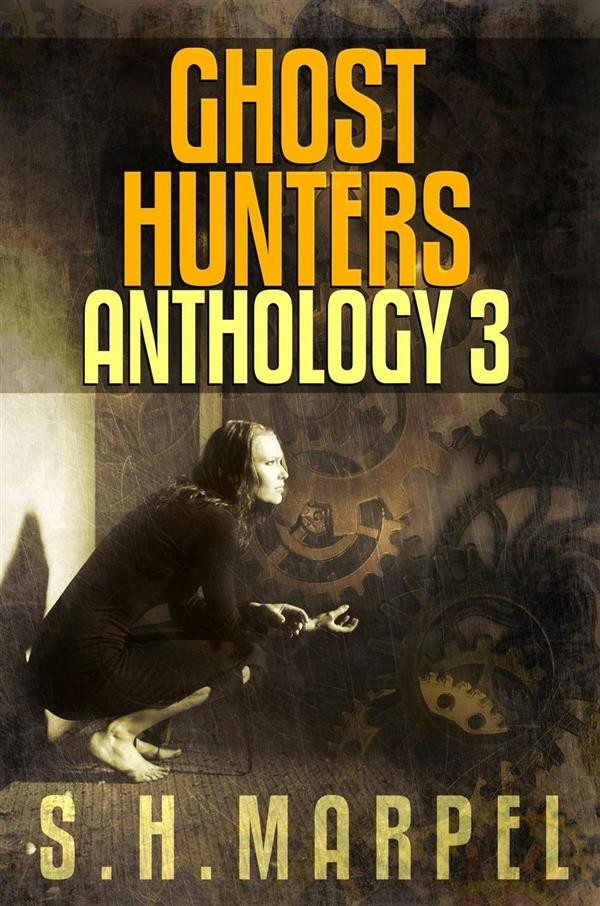 
The adventures of the Ghost Hunters continue - with more exotic locations and hair-raising paranormal adventures than ever before:
- Visiting a haunted planet where the normal is falling between two worlds, while John winds up solving being in a coma, away from his body.
- The goddes Harpy returns with a simple request for John, a personal and very human one.
- Sal has to help John sort out a mental mis-thinking that could kill him off unless unraveled.
- A classic murder-detective story, where a ghost re-enacts the scene of a crime. In order to find out how she died.
- Even elementals can have mysteries, especially when they were the by-product of terrorists and government experimentation.
All in short reads that fit into the time you have to read. Delicious mental snacks that will leave you with new ideas to consider long after the entertainment is over.
This Short Story Anthology Contains:
- Falling by S. H. Marpel
- Harpy's Desires by S. H. Marpel
- The 95% Solution by S. H. Marpel
- The Case of a Cruising Phantom by S. H. Marpel
- The Spirit Mountain Mystery by S. H. Marpel & C. C. Brower
Excerpt:
(from "Harpy's Desires")
A fluttering sound, and then a thump, like a dove flying into the side of a building, but heavier, like a wild eagle, or a buzzard. Maybe even heavier.
I got up from my writing to see what the damage was, if there was something I could do for whatever was out there.
Opening the heavy outer door, I saw a nude woman laying down on her side, sprawled on my porch. I grabbed my chore coat and squeezed out the screen door to kneel beside her.
Putting my hand on her neck, I felt a pulse. No blood, no scrapes, what looked like some deep, but healed scratches on her back. So I covered her with the chore coat to preserve her body heat. As much as it would cover, anyway.
Looking around I saw no vehicle tracks, no bare or other footprints.
But I had to get her inside and covered before she got chilled in the fall air. Tonight was supposed to be a cold one.
I moved her legs away from the screen door and found my doorstop nearby, the one I used to prop it open when my hands were full of something. Because my arms would be full soon.
As I crouched down to pull her into my arms for carrying, her eyes fluttered open to look at mine. They were an emerald green, burning like on fire. And then that fire went out, and her eyes closed again,
I got my arms under her back and legs, then rolled her toward me. She was a limp weight, her head rolled back and a free arm draped down toward the cabin porch.
In a few steps, I was inside the small cabin again. I simply laid her down on my futon-couch for now, and pulled the quilt comforter down from the back of it to cover her. For now, I left the chore coat over her until what was left of her body heat could warm the bed as well.
From overhead storage, I pulled down the winter-weight comforter and heavy wool outer blanket that I usually didn't get out for the next month or so. She was going to need to get warmed up quickly, which meant not letting any other body heat get away. These I draped across her and over the back of the futon, as she didn't need all that extra weight.
Kneeling down to the floor beside her covered form, I again felt her neck for a pulse, and her forehead for a fever. She seemed fine, just sleeping. Breathing was regular.
There was something about her I knew from somewhere. Something familiar...
Scroll Up and Get Your Copy Now.