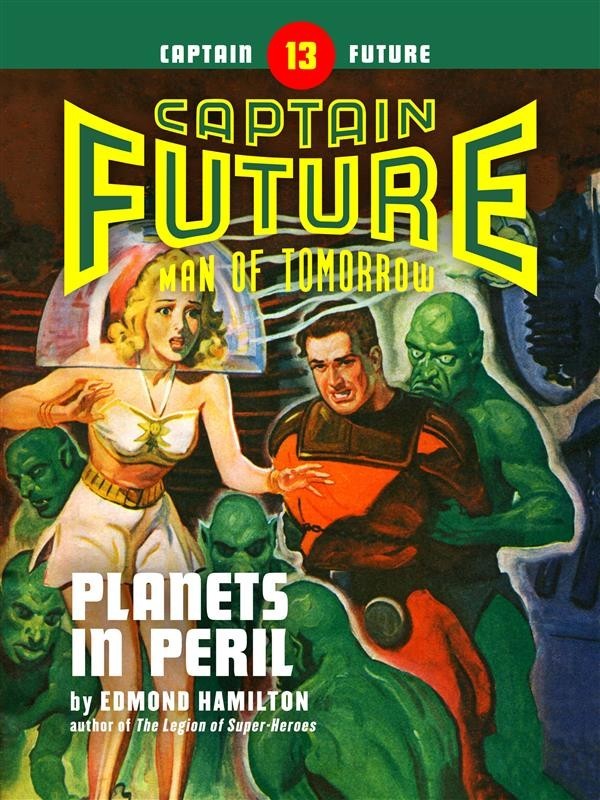 Through an unguessable abyss fraught with peril, Curt Newton and the Futuremen set out to save the remnants of a great civilization from suicide and destruction!

The Captain Future saga follows the super-science pulp hero Curt Newton, along with his companions, The Futuremen: Grag the giant robot, Otho the android, and Simon Wright the living brain in a box. Together, they travel the solar system in series of classic pulp adventures, many of which written by the author of The Legion of Super-Heroes, Edmond Hamilton.