THE TALE OF GALAZI THE WOLF - a Zulu Legend 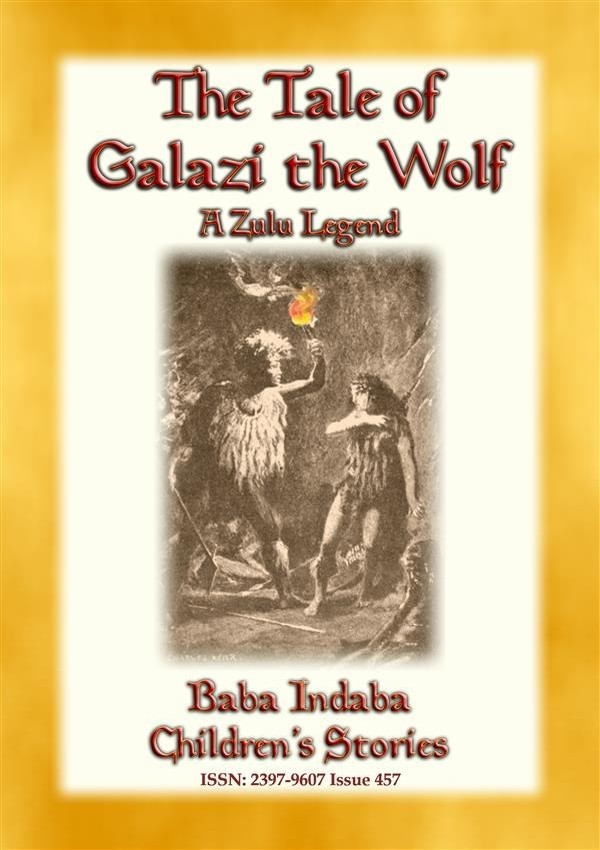 THE TALE OF GALAZI THE WOLF - a Zulu Legend

ISSN: 2397-9607 Issue 457
In this 457th issue of the Baba Indaba’s Children's Stories series, Baba Indaba narrates the Zulu Legend "The Tale of Galazi the Wolf”.
ONCE, UPON A TIME, a long, long time ago and far, far away, in KwaZulu – which means the Home of the Zulu, there lived a man names Umslopogass, which is pronounced just like it is written - Oom-slop-oh-ghass.
This tale tells of when Umslopogass was taken by a lion, which bounded away with Umslopogass in her mouth. He feigned death to outwit the lion and presently the world grew dark and he slipped into unconsciousness.
A good while later he was surprised to wake up and felt pain in his thigh. There was a lot of shouting and he saw the lioness snorting with rage, ready to spring.
In front of her was a lad long and strong, with a grim face, and a wolf’s hide, black and grey, bound about his shoulders in such fashion that the upper jar and teeth of the wolf rested on his head. He stood before the lioness, shouting, and in one hand he held a large war-shield, and in the other he grasped a heavy club shod with iron.
What happened next you ask…? Did the lion attack and what happened to the young lad? Did he kill the lion or did the lion kill him? And what, or who, is the Watcher of the Ford? To find the answers to these questions, and others you may have, you will have to download and read this story to find out!
INCLUDES LINKS TO DOWNLOAD 8 FREE BABA INDABA STORIES
Baba Indaba is a fictitious Zulu storyteller who narrates children's stories from around the world. Baba Indaba translates as "Father of Stories".
Each issue also has a "WHERE IN THE WORLD - LOOK IT UP" section, where young readers are challenged to look up a place on a map somewhere in the world. The place, town or city is relevant to the story. HINT - use Google maps.
BUY ANY of the 450+ BABA INDABA CHILDREN’S STORIES at https://goo.gl/LXNM
10% of the profit from the sale of this book will be donated to charities.
===========
KEYWORDS/TAGS: Baba Indaba, Children’s stories, Childrens, Folklore, Fairy, Folk, Tales, bedtime story, legends, storyteller, fables, moral tales, myths, happiness, laughter, , assegai, shield, baleka, beautiful, blood, bones, Mountain, Nada, Senzangacona, Spear, Umslopogaas, world, Zulu, general, club, Umslopogaas, father, great, cave, forest, stranger, Galazi, wolf, kraal, lioness, Watcher, ghosts, dead, bones, mouth, chief, shield, spear, stone, girl, path, end, mountain, Chaka, death, tale, rose, ran, Amatongo, Halakazi