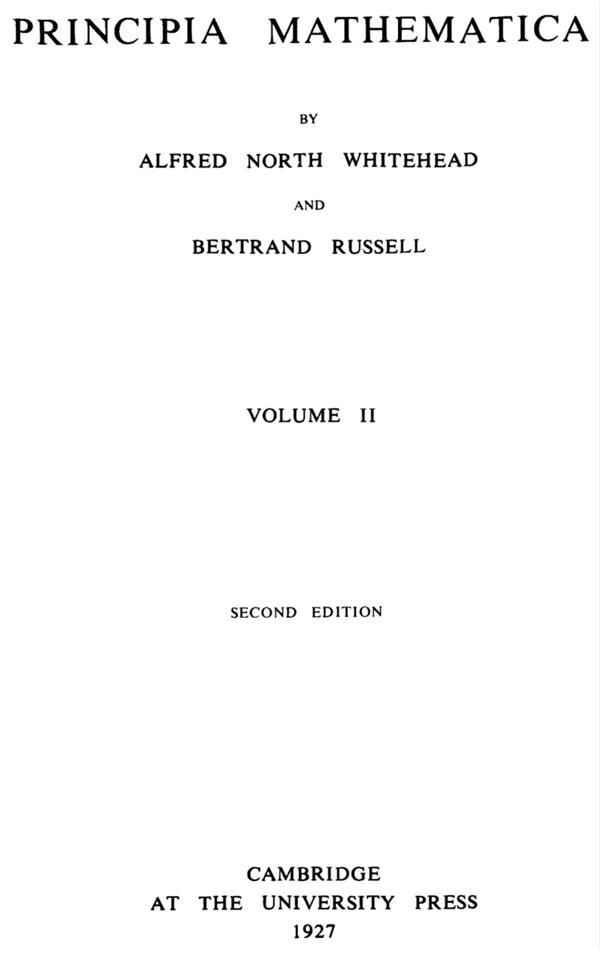 The Principia Mathematica (often abbreviated PM) is a three-volume work on the foundations of mathematics written by Alfred North Whitehead and Bertrand Russell.

Bertrand Arthur William Russell, 3rd Earl Russell, OM, FRS was a British philosopher, logician, mathematician, historian, writer, social critic, political activist, and Nobel laureate. At various points in his life, Russell considered himself a liberal, a socialist and a pacifist, but he also admitted that he had "never been any of these things, in any profound sense". Russell was born in Monmouthshire into one of the most prominent aristocratic families in the United Kingdom.

Alfred North Whitehead, OM, FRS, FBA was an Anglo-American mathematician and philosopher. He is best known as the defining figure of the philosophical school known as process philosophy, which today has found application to a wide variety of disciplines, including ecology, theology, education, physics, biology, economics, and psychology, among other areas.