Held By Doc, Raped By Dad 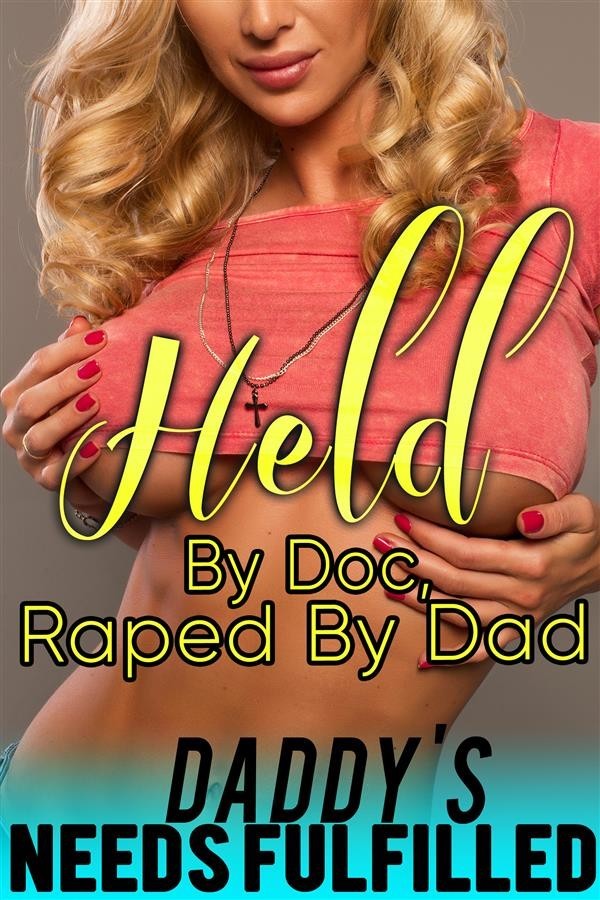 Held By Doc, Raped By Dad

As punishment for fucking around and being a slut, Dayna gets raped and beaten by her father as her doctor holds her down and forces her to submit.

Her daddy tore off her lacy bra and slapped her again.

"Stand up, slut!" he hollered.

"No! Stop that!" She screamed back, covering her head.

Mark grabbed her ankles and picked her up, slamming her on the cold exam table.

He pulled off her shorts.

"You wear no panties?" Mark's eyes widened as he saw her soft, bare pussy and needed to feel it. Was it as smooth and soft as it looked?

He ran his hand over her hot cunny. She slapped at his hands, hissing like an angry cat.

He slapped her cunt hard as she squalled out. He then spread her legs open and tied her ankles to the cold table.

Mark smiled at her bright pink, swollen, fertile pussy. He rammed his finger into her tight, dry cunt.

"You're not that excited are you? Were you all eager to do it with them?"

"That's none of your business!" Dayna snapped, glaring at him with hopeless frustration.

"Answer your father! He's your master now!" The doctor yelled at her as he grabbed her wrists, holding her down.

"Where's the bit?" Marked looked at the doctor.

Bit? She shuddered at the word. She couldn't imagine what it would be used for.

The doctor handed her daddy something. Mark forced her mouth open and shoved something hard in her mouth. It was cold and hard.

She attempted to spit it out, but he tied the straps to the back of her head, like she was a horse.