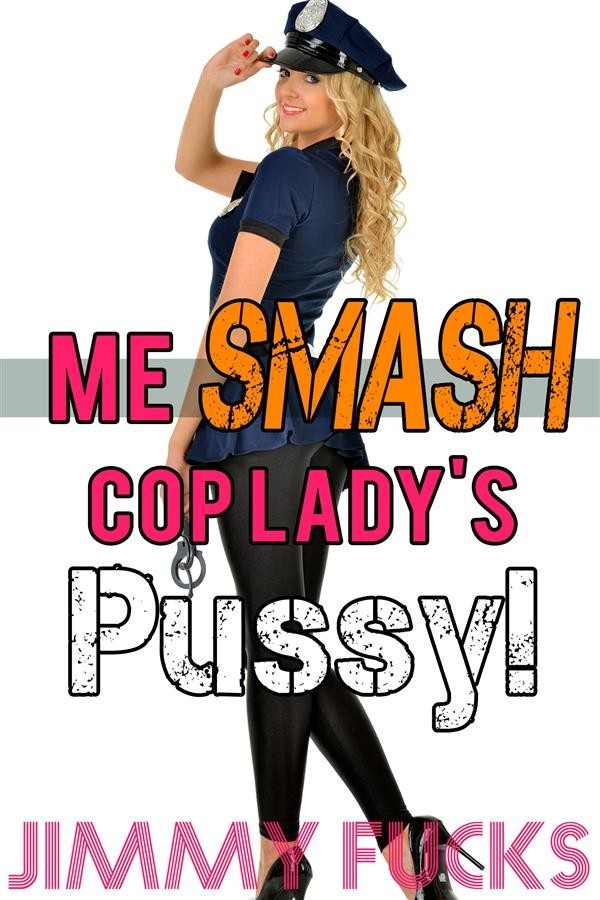 Jimmy, the simpleton with the legendary 10-inch cock, is at it again!

Not satisfied banging his mother and the pastor’s wife, he handcuffs the cop lady and creams her virgin cunt while the impotent pastor looks on.

But Pastor John called in reinforcements. How will Jimmy react to the Police Chief and his nubile, 19-year-old daughter busting in on them.

How many women will Jimmy impregnate?

Continued from “Me Smash Pastor's Wife's Pussy, too!”

"I've got to touch that thing! It's so big! And mesmerizing." The cop lady inched toward Jimmy on her hands and knees like a dog.

Jimmy stood there, flexing his massive, hypnotic cock in their faces, grinning like a dummy. If he'd known how good this "sex" felt, he wouldn't have waited so long to make his mother show him.

Speaking of his mother, he turned toward her. "Mother, come. Now!" He bellowed and watched her bemusedly as she scurried to his side.

The pastor stood there, his hands on hips and a scowl on his face. What on earth did Jimmy have over these women? His mother and wife could've been raped, sure. But the cop lady? He shook his head, wondering what he should do.

"You three, suck it!" He commanded and pointed down to his cock.

Instantly, the three women obeyed his dominant command. The pastor's mouth hung open as he took in the scene. Was he somehow mind-controlling them?

He flipped the phone closed, his hands trembling. Then he snapped his fingers, startling Jimmy and the three women.

"That's it!" He practically shouted. "Satan! Get thee hence!" He cried out, fumbling for his cross, nearly ripping his shirt in the process.

Jimmy looked behind him, his eyes wide. But satan was nowhere to be found.

"Don't worry, honey, he's just joking." Jimmy's mother soothed him as the three ladies reached for his cock and began simultaneously kissing, stroking and licking it. Jimmy quickly forgot all about satan.

"I know what's going on here!" The pastor bellowed as the three woman kept working his cock, bringing it quickly up to full hardness.

The pastor looked around in a panic, his eyes falling to the gun - presumably loaded - on the sofa. Slowly, he inched toward it and stretched out his hand...almost got it —

"Stop!" Jimmy boomed, his voice reverberating throughout the house and vibrating the pastor's chest. "Mom, get gun, give Jimmy."