THE MAGIC BED - A Fairy Tale from India 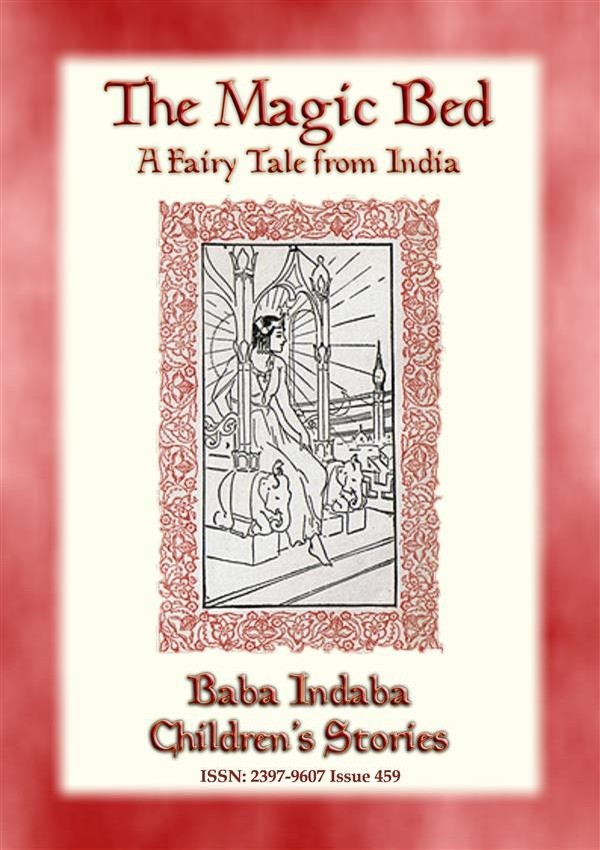 THE MAGIC BED - A Fairy Tale from India

ISSN: 2397-9607 Issue 459
In this 459th issue of the Baba Indaba’s Children's Stories series, Baba Indaba narrates an Indian fairy tale - "The Magic Bed”.
ONCE, UPON A TIME, a long, long time ago and far, far away in India lived a wealthy Prince, who was rich and had many servants and everything he could desire.
One day he had been out hunting in the jungle, and had lost sight of his attendants. So he sat down under a tree to rest and to eat some cakes which his mother had given him.
When he broke the first one he found an ant in it. In the second there were two ants, in the third, three, and so on until in the sixth there were six ants and the Ant-King himself.
Not overly hungry he gave the cakes to the ants and went to sleep. While he was sleeping, the Ant-King whispered into the Prince’s ear asking what he could do for the Prince in return?
In his sleep the Prince said he had all he ever needed. The Ant-King suggested he would be wise to seek the hand of Princess Lalun.
When he awoke the ants were gone, but he remembered what the Ant-King said about Princess Lalun, and so he started his quest to find her.
What happened next you ask…? Did the Prince find the Princess? What happened along the way? Who did he meet and what dangers did he face? To find the answers to these questions, and others you may have, you will have to download and read this story to find out!
INCLUDES LINKS TO DOWNLOAD 8 FREE BABA INDABA STORIES
Baba Indaba is a fictitious Zulu storyteller who narrates children's stories from around the world. Baba Indaba translates as "Father of Stories".
Each issue also has a "WHERE IN THE WORLD - LOOK IT UP" section, where young readers are challenged to look up a place on a map somewhere in the world. The place, town or city is relevant to the story. HINT - use Google maps.
BUY ANY of the 450+ BABA INDABA CHILDREN’S STORIES at https://goo.gl/hRYz7L
10% of the profit from the sale of this book will be donated to charities.
===========
KEYWORDS/TAGS: Baba Indaba, Children’s stories, Childrens, Folklore, Fairy, Folk, Tales, bedtime story, legends, storyteller, fables, moral tales, myths, happiness, laughter, , Afzal, Ant-King, Ant-Rajah, ants, bag, Bag, beautiful, bed, bowl, breakfast, butterflies, cakes, consent, cottage, countries, country, darkness, daughter, demons, diamonds, dream, fakir, fight, gold, growl, handsome, hills, horse, hunting-knife, husband, India, invitations, jungle, kettle-drum, King, kingdom, Lalun, love, magnificent, marry, moon, mustard-seed, oil, old, palace, plates, Prince, Princess, Rajah, roar, rubies, saree, seven, soldiers, spoons, sundown, thorn, tiger, water, wedding, woman