MARION MARLOWE - From Farm to Fortune 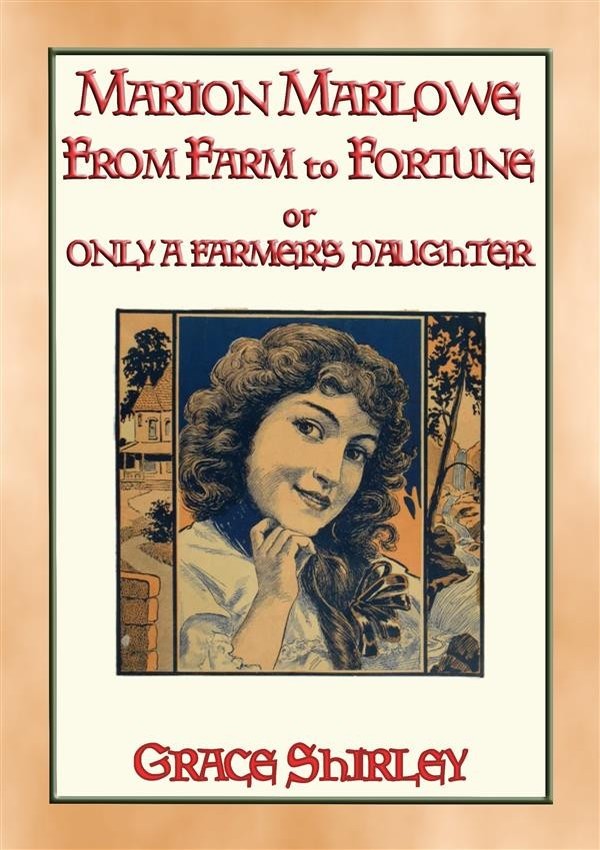 MARION MARLOWE - From Farm to Fortune

Farm girl Marion Marlowe is on her way home when she stops to take in the surrounding countryside. “Same farms, same hills, same animals! Oh, I’m just sick of country life and a farm life!” Little does she know that her circumstances are about to change! A magnificent singer, she breaks into song and might readily be forgiven for glorying in her superb natural talent.
On arrival at home, she finds Dolores, or Dollie as she was called, weeping in the yard. She tells Marion that her father, not for the first time, wants her to enter a loveless marriage with the detestable Silas Johnson, which she has refused to do.
Time passes and a mysterious Mr Carlos Lawson appears at the farm, which causes unease with Marion. She also overhears a conversation between Silas and her father and realises that Silas has a hold on her father and is wanting Dollie in exchange. Despite her misgivings she confides in Carlos Lawson and instantly regrets what she has done.
While helping the orphan Bert Jackson escape from the orphanage after one beating too many, she discovers that Dollie, too, has runaway. Only she hasn’t runaway but been abducted by the black-hearted Carlos Lawson and the two have gone to New York.
Marion sees the rescue of her sister as a valid excuse to escape the confines of the farm and plans to go to New York in search of her sister. She then packs and leaves for the city on a quest to find her sister.
What adventures will her quest lead this inexperienced farm girl on, alone and almost penniless in New York city. To whom will she turn? Will they listen or simply dismiss her as a naïve farm girl? And what will happen if the money runs out before she has found her sister?
Join Marion Marlowe on this, the first of her many adventures in 1900’s New York city.
YESTERDAY’S BOOKS FOR TODAY’S CHARITIES.
10% of the profit from the sale of this book will be donated to charity.
=============
KEYWORDS-TAGS: Marion Marlowe, Dollie, From Farm to Fortune, , abducted, Adele, arm, Aunt, Bert, bitter, blushing, Body, brain, Breasts, cabman, chief, clutches, companion, control, courage, crowd, daisy, daughter, detective, Dollie, Emile, Emile Vorse, exhibition, Farm, farmer, father, features, figure, flashed, flush, garments, gentleman, God, Gray, handsome, headquarters, homespun, hotel, housekeeper, hypnotised, hypnotized, innocent, instinctively, Jackson, Jenkins, jewels, kin, lashes, Lawson, lodging-house, Marion, Marlowe, married, Matt, Miss, monster, New, City, noble, Norwood, officer, officers, parlor, passengers, Passion, pity, pleasure, Police, Poor, power, prison, Professor Dabroski, pussy, queen, question, Ray, Ray, scream, sharp, Silas Johnson, Sile, sister, society, Stanton, station, station-house, straight, sunbonnet, superintendent, Susan, topazes, train, uncle, villain, whip, whisper, window, seduction, seduce, kidnap, capture, hostage, snatch