The Complete Ank and Williams 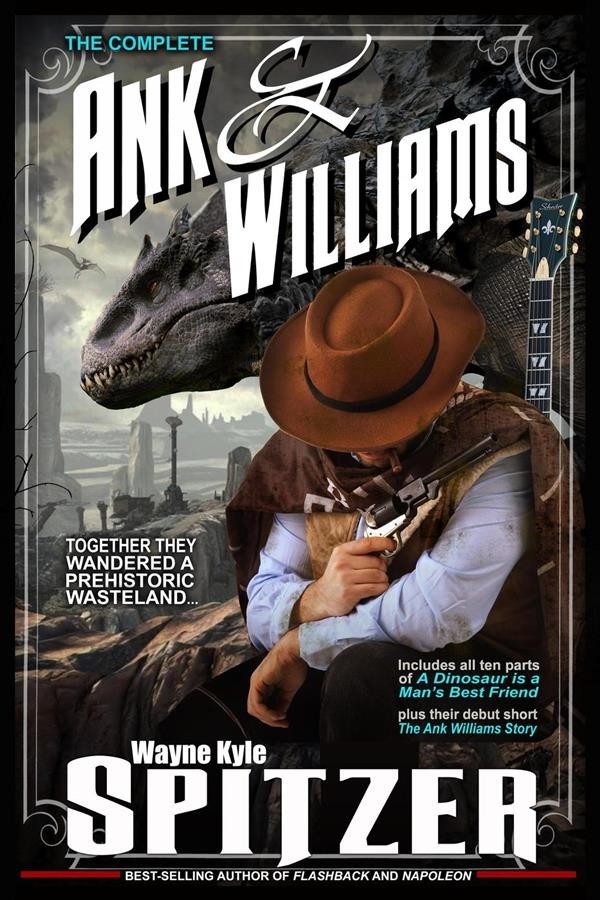 The Complete Ank and Williams

“Those I can hear,” said Luna—and began retreating up the stairs again. “They only talk when they’re about to attack.”

Williams, meanwhile, had focused on Ank. “Jesus … it called me by name.”

Ank stared at him from beneath his brow.

Williams nodded slowly. “But how in God’s name? The only one who knew our names was … Unless—”

Williams misted up as he thought of the saloon girl who had shown him such affection. “I won’t shoot them, then.”

“I said I won’t shoot them,” he snapped, and turned toward Luna, who was cowering at the top of the stairs. “We’ll have to find another way.” To Luna he said: “It’s all right, sweetie. Everything’s going to be all right.”

“Meh,” Williams sighed angrily and moved toward the building’s front windows, which Ank had blocked with pinball machines and video games, with only partial success.

Ank lumbered after him, the tiled floor cracking beneath his elephantine feet.

“Go away!” Williams hissed. He peeked around one of the machines and saw the raptors lined up in the gathering dark, waiting to make their move, waiting to rush the snack bar and overwhelm them, waiting to kill them or, worse, to turn them into creatures like themselves.

“Are you talking to me?” whined the girl, her voice seeming to bleed as if cut by invisible knives. “Why would you want me to go away all of a sudden?”

Williams held up his rifle—pressed his forehead against it.

And then they were coming, he could hear their growls and the tapping of their awful sickle-claws against the cracked and broken pavement, and Ank was charging past him, breaking through the windows and walls, roaring defiantly, and when Williams looked up he saw the dinosaurs collide like thunderheads, heard Luna scream her piercing, drill bit scream, and knew they’d never make it to Barley, to say nothing of Tanelorn.