THE FISH PRINCE - A Fairy Tale from India 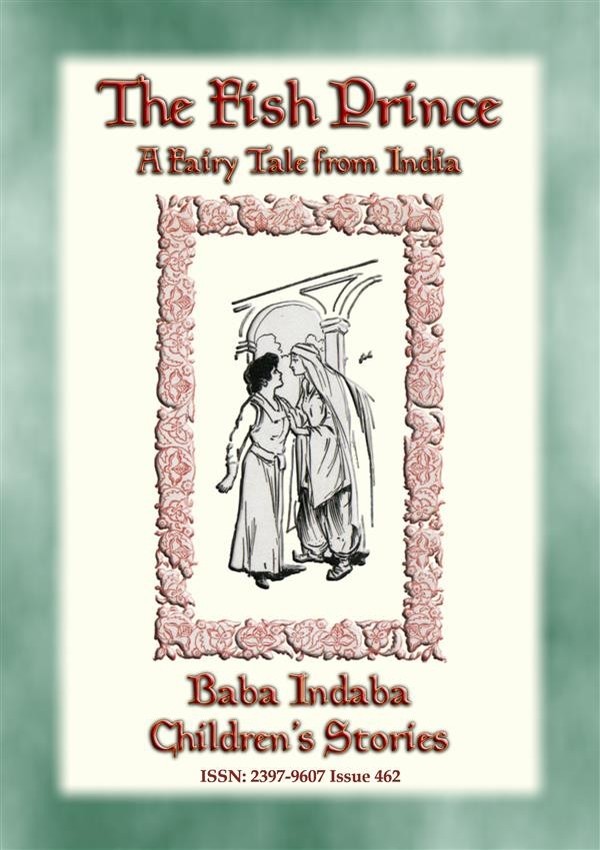 THE FISH PRINCE - A Fairy Tale from India

ISSN: 2397-9607 Issue 462
In this 462nd issue of the Baba Indaba’s Children's Stories series, Baba Indaba narrates an Indian fairy tale - "The Fish Prince”.
ONCE, UPON A TIME, a long, long time ago near the port of Jamnagar, a King and Queen had two sons. The older of the two was a very short and ugly man with only one eye, and that was in the middle of his forehead. His brother was tall and handsome and carried himself like a prince.

Naturally the king preferred his handsome son and wished to make him his heir. "My people will never obey a dwarf with only one eye," he said. This made Deesa, the older son, very angry. "The kingdom ought to be mine," he said, "or if I cannot have it all it should be divided."
He said this to his wife, whose name was Matni, and as she was an enchantress she determined to get the whole of the kingdom  for her husband if possible. She thought it all over and then invited the younger brother to a banquet in that part of the palace where she lived.
Then she said to her husband, "After supper you must sit with your brother on the balcony overlooking the river. I will change him into a fish and then you can throw him into the water. In this way we shall hear no more of him."

Deesa agreed to this, and after supper invited his brother to sit with him on the balcony. Then Matni went up on the roof of the palace and threw down some powder on the younger Prince's head.

Just as soon as she did this, the Prince was changed into a little fish, and his brother picked him up and threw him into the river.
And so began the adventures of Athon-Rajah, the Fish Prince.

Well, what happened next you ask…? Where did he go, what did he do? Did he ever get to speak to anyone again? Was the spell eventually broken which returned him to human form? To find the answers to these questions, and others you may have, you will have to download and read this story to find out!

Each issue also has a "WHERE IN THE WORLD - LOOK IT UP" section, where young readers are challenged to look up a place on a map somewhere in the world. The place, town or city is relevant to the story. HINT - use Google maps.
In looking up these place names, using Google Maps, that young people will be able to see images and read about other peoples and cultures from around the world. Through this, it is our hope that young people will not only increase their world geography but also increase their understanding and tolerance of other people and cultures.

BUY ANY of the 450+ BABA INDABA CHILDREN’S STORIES at https://goo.gl/hRYz7L