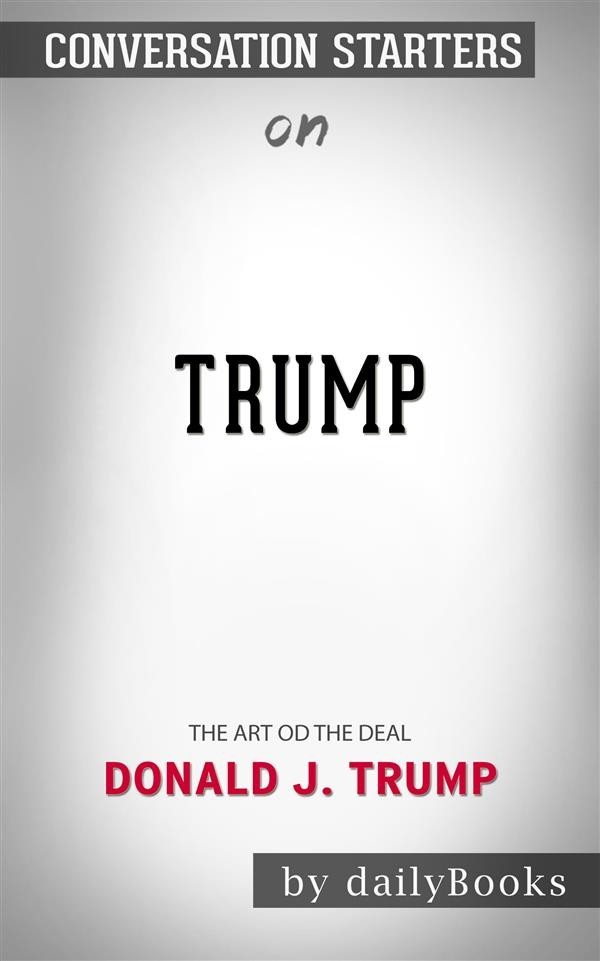 Trump: The Art of the Deal by Donald J. Trump​​​​​​​ | Conversation Starters

Before he became President of the United States, Donald Trump was the famed real estate businessman who built the Trump Tower and the Grand Hyatt Hotel, as well as businesses in sports, gaming, and entertainment. In this book, he tells his childhood story as a boy growing up in Jamaica Estates, Queens. It relates how he started in Brooklyn and then moved to Manhattan to build The Trump Organization. Trump shares his secrets to success by outlining the 11 business steps.
Trump: The Art of the Deal was a #1 New York Times bestseller, staying in the number one list for 13 weeks, and in the overall bestseller list for 48 weeks. Trump cited the book during his 2016 campaign for the US presidency as among his best accomplishments.
​​​​​​​
A Brief Look Inside: