How Fascism Works: The Politics of Us and Them​​​​​​​ by Jason Stanley​​​​​​​ | Conversation Starters 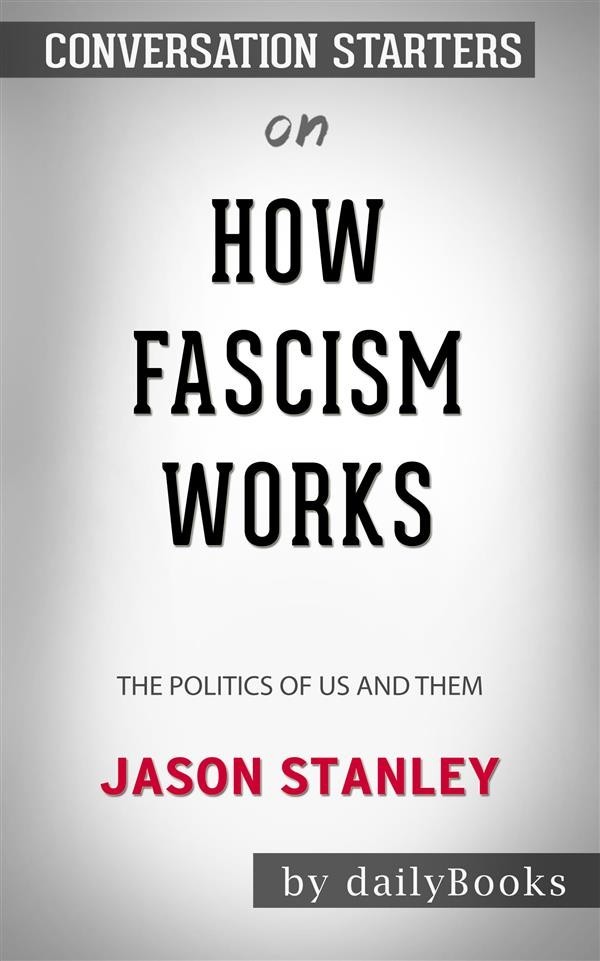 How Fascism Works: The Politics of Us and Them​​​​​​​ by Jason Stanley​​​​​​​ | Conversation Starters

How Fascism Works: The Politics of Us and Them by Jason Stanley​​​​​​​ | Conversation Starters

Fascism is on the rise and we ought to see the patterns of fascist politics and resist it.
Fascist tactics create divisions among people which lead to a weak society that will easily succumb to proposals of authoritarian governance. This book explains the populist presidency of Trump, the Brexit phenomenon, the rise of Hungarian leader Orban who is supported by rightist politicians, the five-star movement and its roots in Italy, the authoritarian leadership of Erdogan, and many similar fascist developments around the globe.
How Fascism Works is written by Jason Stanley, the author of two award-winning books, Know How; Languages in Context; Knowledge and Practical Interests and How Propaganda Works.
​​​​​​​
A Brief Look Inside: