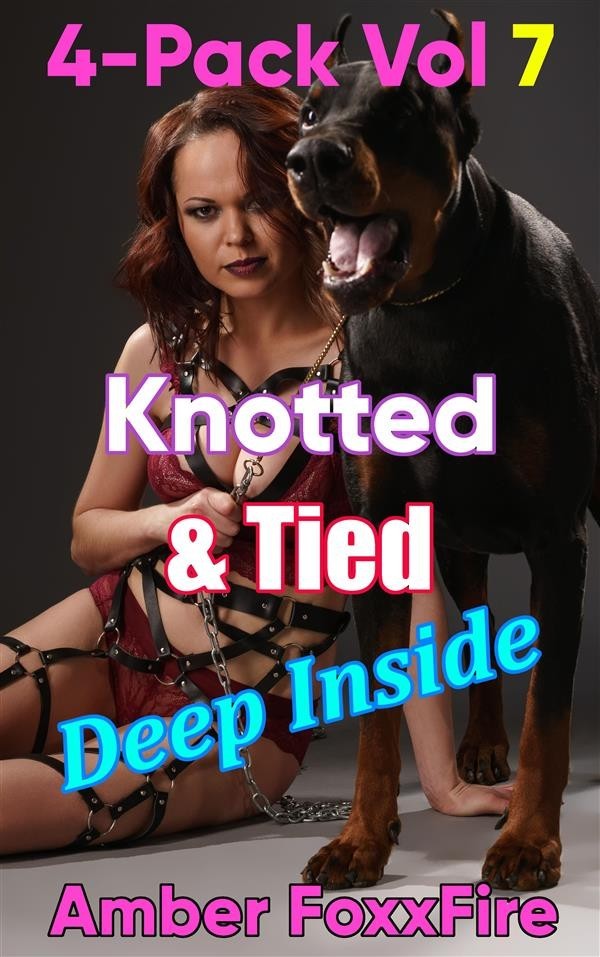 * Knotted By The Priest's Pit Bull 1

Finding myself bored beyond tears at the new pastor’s house, I took a nap in his spare bedroom. No one would notice I was gone. No one but Jeremiah, the pastor’s large Pit Bull. Of course, Jeremiah was the friendliest dog I’d ever known. But that didn’t stop him from waking me up and knotting me - all with the pastor and congregation just a few feet away.

* Knotted By The Priest's Pit Bull 2

Being tied to a dog was one thing. It was quite another when it was your pastor’s dog. In his home. And he’d just caught you. That’s what happened to me. I thought Pastor Bob would be angry and excommunicate me. But that’s not what happened. He was angry, all right. But what he did next shocked me to my core, changing my life forever. What wicked lengths would I have to go through to not be outed?

Apparently, I was the product of an experiment. My mistress, no longer content with male humans, concocted a solution that changed me into a hybrid. A half-dog, half-human. I was human where she needed me to be, but the…important bits were still as large, red and most definitely “dog.”

It didn’t take long for me to establish dominance and make my mistress mine.


* Hypnotized By My Great Dane

I don’t know what came over me. One minute I was reading in the living room and the next I was doing forbidden, nasty things with my dog. All while my husband slept unaware in the next room.
I just couldn’t help myself.