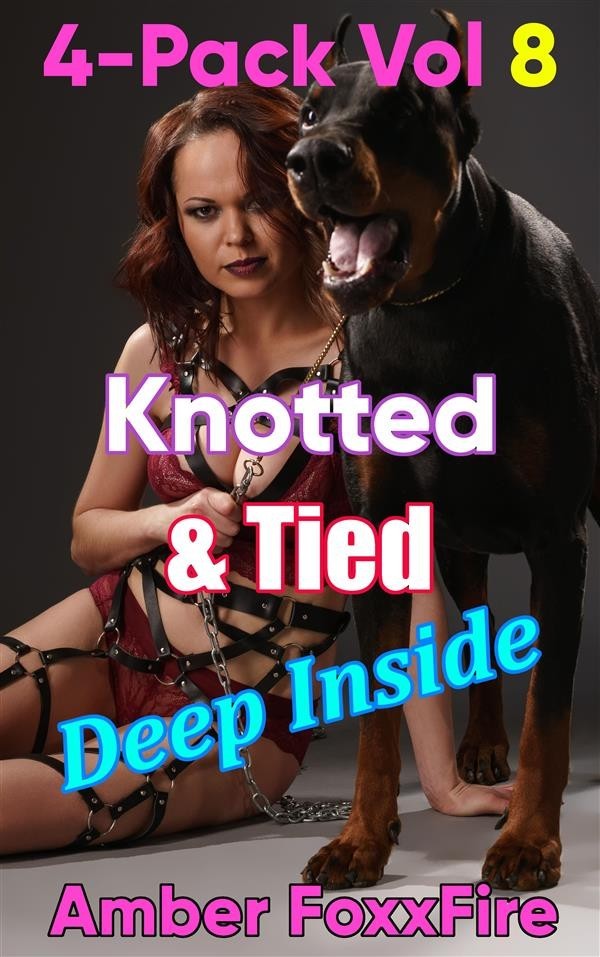 * Collared & Leashed By My Own Dog

I’d always wanted a close relationship - just not with a guy. Dice - on the other hand - well, he was the best damn dalmatian a girl could ask for! But he was a dog. Now if there was just some way to reconcile the two…

* Punished By The Pitbull

* Doing it With The Family Dog

Reunions were boring. More so when your family forced you. Same people, same places, same old corny jokes. The only good thing about it was seeing my favorite dog, Buck. He was my father’s dog and it was the only thing I looked forward to.

Escaping the festivities, I took Buck out to the creek behind the house. Maybe he’d catch a rabbit or something. Instead, he caught ME - with my panties down.


* Knotted to My Master

In a hurry and driving in a snowstorm, 18-year-old Nora veered off the side of the road and crashed. If it hadn’t been for a mysterious, furry beast, Nora would’ve died.

How could she ever repay him?

Skip, the large, muscular newfoundland, knew the answer to that. His powerful mind penetrated her defenses, allowing him to completely dominate her. He was the master now.