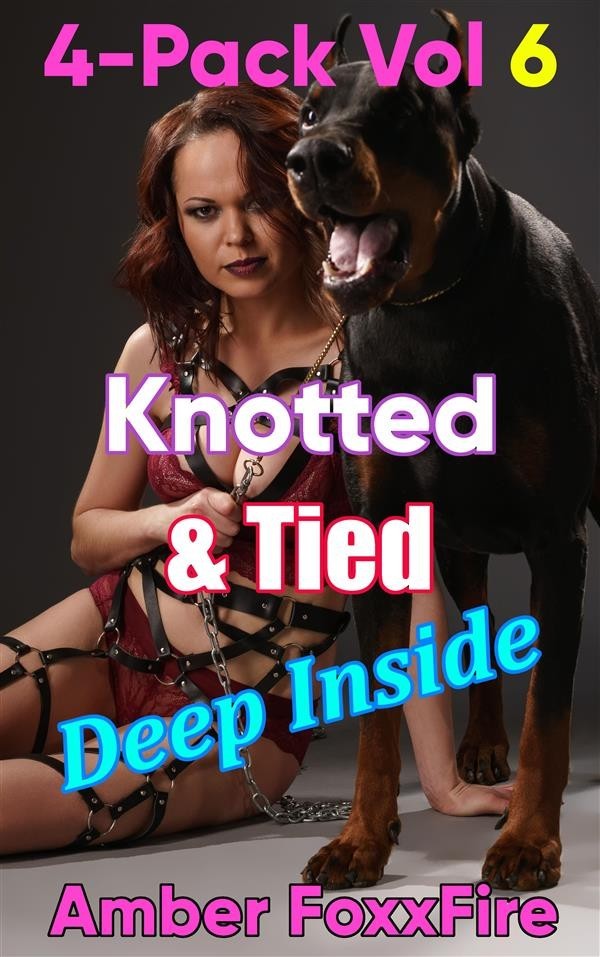 * Taken by My Own dog

Her problem was that she constantly needed sex. Couldn’t function without it. Borris offered his services. He could likely satisfy her in ways that no man ever could. Only one problem: She completely forgot about his knot.

Getting my first job at 18 wasn’t exactly what I thought it would be. I did like dogs. And having the full run of someone else’s place seemed somehow naughty to me.

So when I was offered the opportunity to doggie-sit the two handsome German Shepherds next door, I jumped at the chance. I just had no idea that it would lead to me becoming a huge, depraved slut willing to do anything for my “fix.”

Things had changed ever since I’d lapped up that weird, green liquid. I didn’t know what it was and didn’t care. All I knew was that now I suddenly had the power to influence my human’s mind.

Smelling my fertile human’s heat pushed me over the edge. I had to have her. I needed to embed myself deep within her and mate with her. Reaching out to her mind, I found that she was weak. Now was my chance!

It had been a long, exhausting day at the office. Boss wanted me to work overtime and you know how it is. If you want to eat, you do what he says.

So, I get home, disrobe and figure I’ll do a bit of light yoga before passing out. Except once I hit the floor, my body had other ideas.

And so did my large, half German, half Rott mix. He made me his bitch.