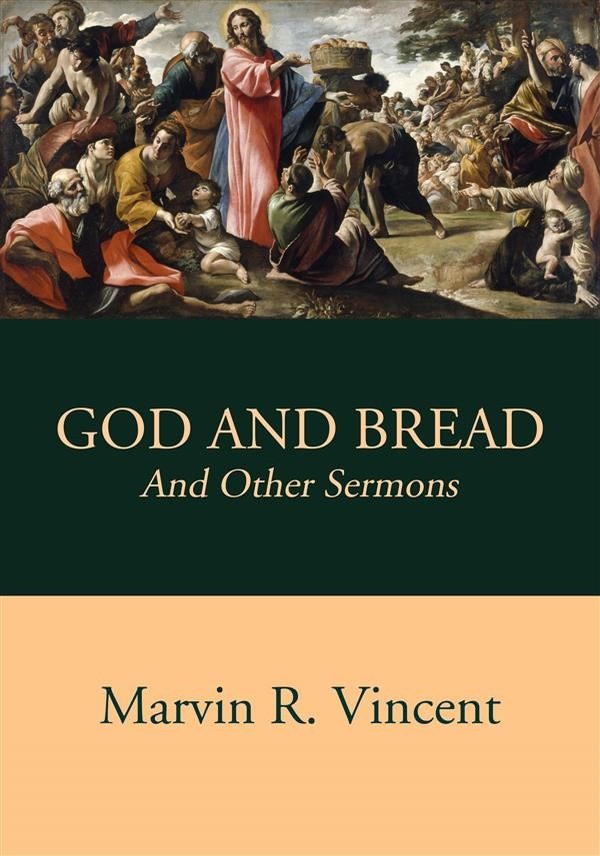 “But he answered and said, It is written, Man shall not live by, bread alone, but by every word that proceedeth out of the mouth of God.”—Matt. 4:4.

How shall we live? Multitudes of people are asking that question to-day with peculiar earnestness. The man who could give a satisfactory practical answer would be regarded as the greatest of all public benefactors.

But why do not men go to the Bible for an answer? For one reason: because many of them, at east, assume that the Bible has little or nothing to lo with their every-day affairs. It does very well to preach from, to read sometimes on Sundays, to furnish fine sentiments and apt quotations; but in the pushing, open-eyed world of business, in the atmosphere of capital, stocks, bonds, business-combinations, panics, it is as much out of place as a fifth-century hermit would be on Wall Street.

Then, again, if they do chance to consult the Bible, they find such astonishing answers, so utterly at variance with the principles by which they have been accustomed to live, that they quickly shut the book, saying, “Fanciful! Impracticable!”

This text, for instance, offers an answer to the question, “How shall we live?” It strikes out, in a sentence, a theory of living. How generally that theory has been accepted we can see for ourselves without looking very far. It has stood on record all these centuries: yet the cry, “How shall we live?” is as clamorous as ever; and the great mass of society is living by quite a different, indeed, an opposite, theory.

To understand Christ’s theory as here propounded, we must examine briefly the story of Christ’s temptation, with which it is connected.

After having fasted for forty days, our Lord was visited by the great tempter of mankind. He was weakened by hunger; and his hanger may have been aggravated, as has been suggested, by the very appearance of the stones which strewed the ground, and which in that region have the shape of little loaves of bread. Satan began his assault by urging Jesus to use his divine power in changing these stones into actual loaves, and thus to appease his hunger. It was a very plausible temptation. “Here thou art, the Son of God, the powers of heaven at thy command. Why shouldst thou suffer from a vulgar, human need? It should be no hard thing for thee to make a loaf out of a stone. If thou be the Son of God, command that these stones be made bread.”