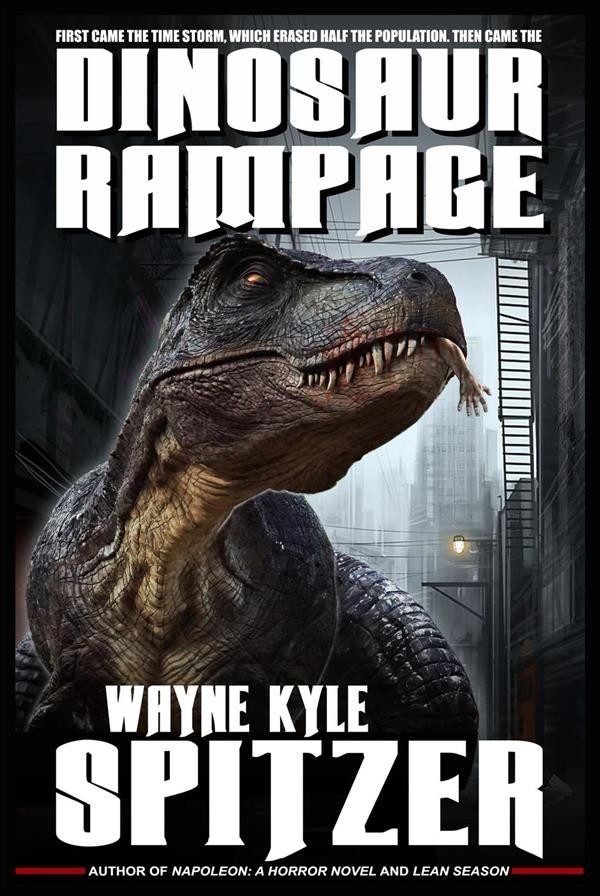 The end of the world comes not by disease or nuclear weapons or a comet--or even zombies--but by a devastating time-storm and a proliferation of dinosaurs across the continents.

Everything happened at once as Samantha saw a blur on the monitor and Mohawk exploded into the cockpit, clamping his jaws about the stewardess’ head and forcing her against the instrument panel—his tail whipping about the compartment viciously, his mohawk of oil slick-colored feathers rising and falling.

He jerked his head once and half her face came away, the muscles stretching and snapping, her right eye being drug out by its stalk, her skull winking whitely, as Samantha pointed the gun and it was knocked from her hands. Then all was blood and chaos as Peter attempted to help Karen—who was likely dead already—and Samantha groped for the pistol, gripping it again even as the animal turned on her friend—but was held back, somehow, by his suddenly mighty hands.

And yet such was the violence of their struggle that she couldn’t get a clean shot—and so decided, as Karen’s hemorrhaging blood splattered the instruments and sprinkled her face and painted the windows with blotches of maroon, to do the only thing left, which was to point the pistol at the side window near Peter and fire.