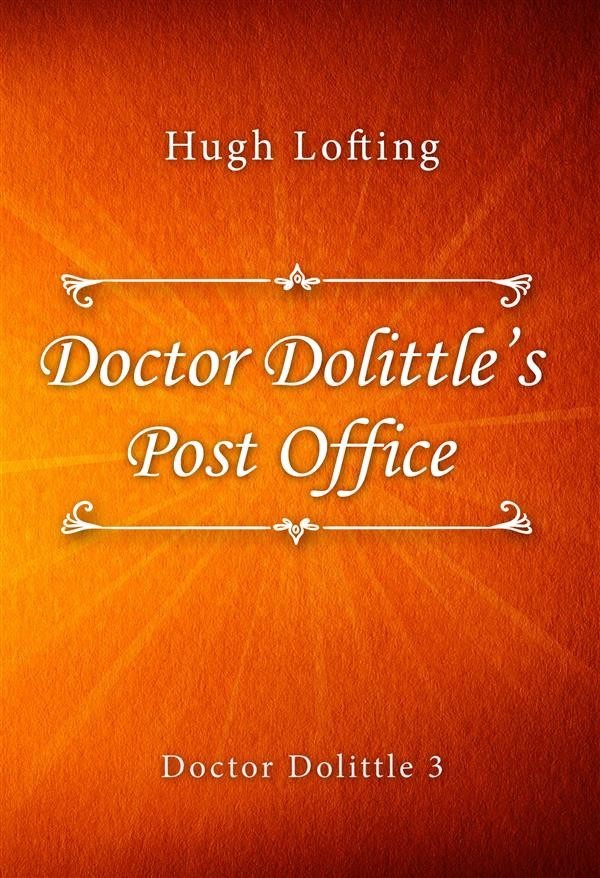 Doctor Dolittle’s Post Office is the third of Hugh Lofting’s Doctor Dolittle series.
Set on the West Coast of Africa, the book follows the episodic format of most other books in the series. In the beginning of the book, Doctor Dolittle helps to capture a slave trader’s ship, then organizes the postal service of a small African kingdom. Over the course of later chapters, he discovers a hidden island populated by prehistoric creatures, gets thrown into another African jail, invents animal alphabets, and defeats at least two armies. Each of the animals in the Dolittle family also tells a personal story. The postal program grows into a worldwide postal and publishing service for the benefit of animals everywhere. The final segment of the book is the Doctor’s journey to meet Mudface the Turtle, the oldest living creature on Earth, who survived the Great Flood.