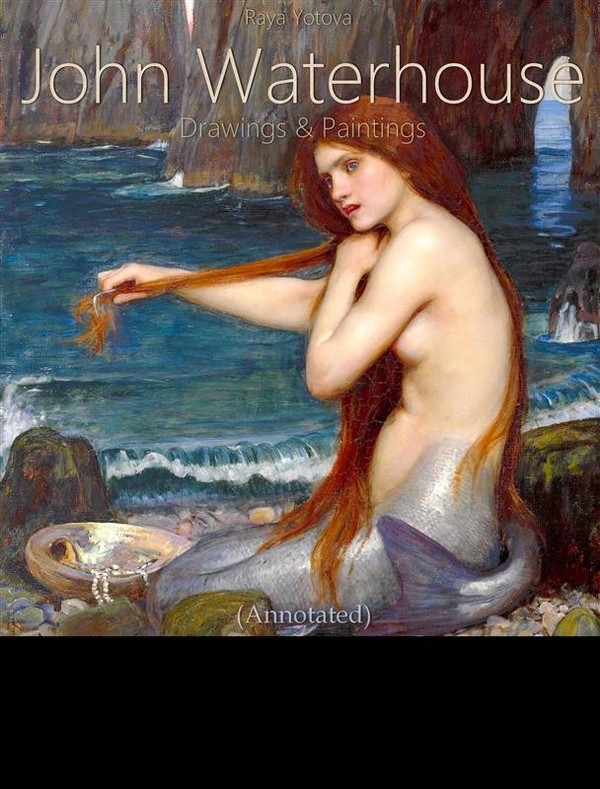 The artist’s premature paintings were of Antic classic theme in the tradition of painters as Frederic Leighton and Lawrence Alma-Tadema. After Waterhouse's Royal Academy submission "Consulting the Oracle" brought him complimentary critics appraisals, the latter his artworks reveals his raising concentration in topics connected with the movement of Pre-Raphaelites, predominantly dramatic or authoritative “femmes fatales”, additionally as plein-air landscape's paintings.
Further instances of his works representing a “femme fatale” thematic are more than a few variants of Lamia, La Belle Dame Sans Merci, Circe Invidiosa and Cleopatra. At that time John William Waterhouse was an artist of historical, classical, and fictional topics and subjects.
For his great success he was appointed an associate of the Royal Academy and an honored member after 1895 with his RA diploma masterpiece work named A Mermaid.
One of his best known paintings is named The Lady of Shalott, a learning of protagonist Elaine of Astolat as portrayed in the poem by Alfred Tennyson, who dies of a strange oath after glancing openly at the handsome Sir Lancelot. John William Waterhouse in point of fact created 3 diverse adaptations of this personality, in period above 25 years.
Another of his preferred heroine was Ophelia; the most recognizable of Waterhouse’s works of Ophelia portrays the Shakespeare's heroine in a minute before her death, with flowers in her hair as she sits on a tree bough leaning over a lake. Like this painting and other his works, the artist pictured a woman dying in or close to lake or river. Waterhouse’s first version of Ophelia was vanished until the twenty century and he would paint the variants again three times, and additionally intended one more work in the sequence, named Ophelia in the Churchyard.
He could not come to an end the cycle of Ophelia artworks since he was fatally ill with cancer by the end of his life. In spite of suffering from increasing weakness for the duration of the last ten years of his lifetime, the painter continued work until his death in 1917.