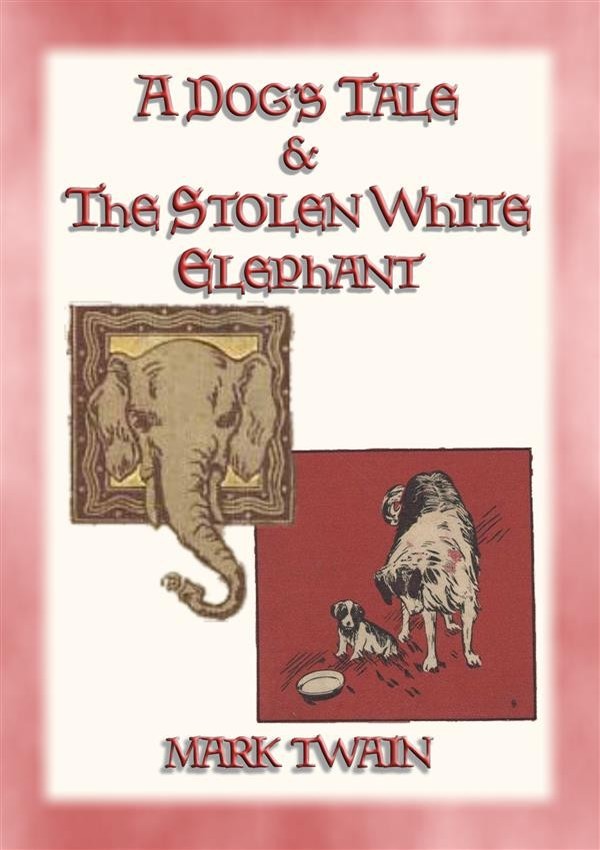 The two short animal stories in this book are written by Mark Twain. They are “A Dogs Tale” and “The Stolen White Elephant”.

A DOGS TALE is told from the perspective of a loyal pet, starting with first sentence of the story, “My father was a St. Bernard, my mother was a collie, but I’m a Presbyterian.” This is followed by a description of the life of the dog as a puppy and its separation from its mother.
When a fire breaks out in the nursery, the dog risks his life to drag the child to safety. In the process, her are motives misunderstood and cruelly beaten. This mirrors the legend of Prince Llewellyn 1st of Wales and his loyal dog. Soon, however, the truth about the situation and she discovered endless praise. Later in history, his puppy dies after his owner conducted biological experiments. Only a servant seems to realize the irony and said, “Poor little dog, you saved his child!” Ultimately, the dog is inconsolable and pines at the tomb of the puppy with clear implications that it will do so until death