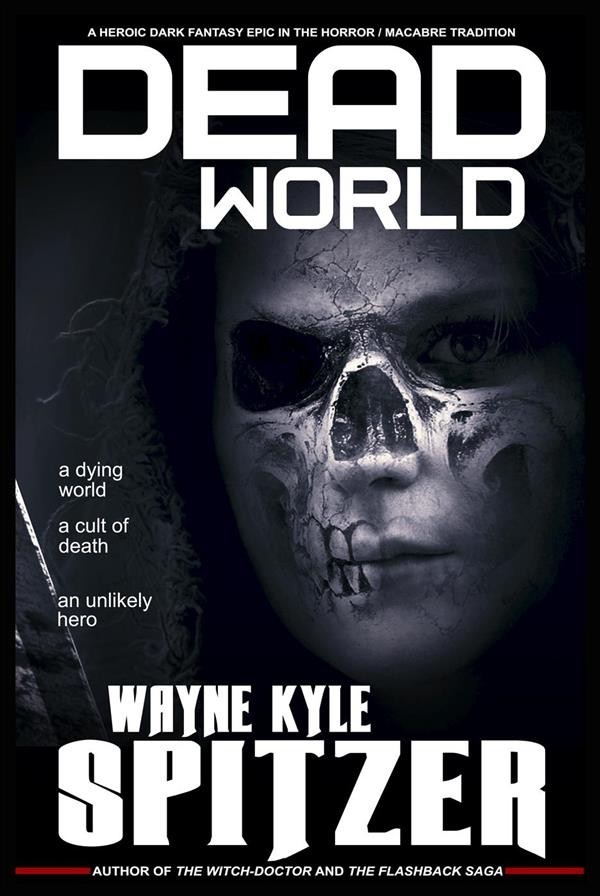 After breaking their sworn oaths in a fit of forbidden passion, a sacrificial bride (Shekalane) and her fearsome escort (the ferryman Dravidian) find themselves alone and on the run in the subterranean river-world of Ursathrax.

She studied it, nodding slowly. “I think so. It’s a doorway, of sorts. It’s what awaits on the other side of death.”

Dravidian nodded. “It is what Montair speaks of. Not death—but transition. For what winks out in one place winks on in another, always.” He stared at the fountain, his eyes seeming to dream. “If I were to step through that door ...” He turned to face her. “Would you come with me?”

She looked at him longingly—at his fearsome mask—but hesitated. She trusted him, and yet, was this not how death would come? As a whispering seduction?

There was a soft hiss as he depressed the pad at his temple and swung the mask around to his back, then moved his lips to within a few centimeters of her own and paused, breathing slowly, seeming to draw her own breaths from her. “But you would consider it …”

“But, Dravidian, where would we go? How would we survive?”

He cupped her face in his hands. And though he was too close for her to see his face clearly, his beautiful eyes with their golden irises and Stygian pupils drew her in inexorably, like black holes with golden linings, if such a thing were even possible, and she whispered, “I would step through it ...”

He took her in his arms and drew her slowly against him. “And would you find the strength within yourself to persevere even when the world turns its cold face against us?”

“Then run with me, Shekalane. To the end of Ursathrax and beyond …” And he gently but firmly locked his lips with her own.