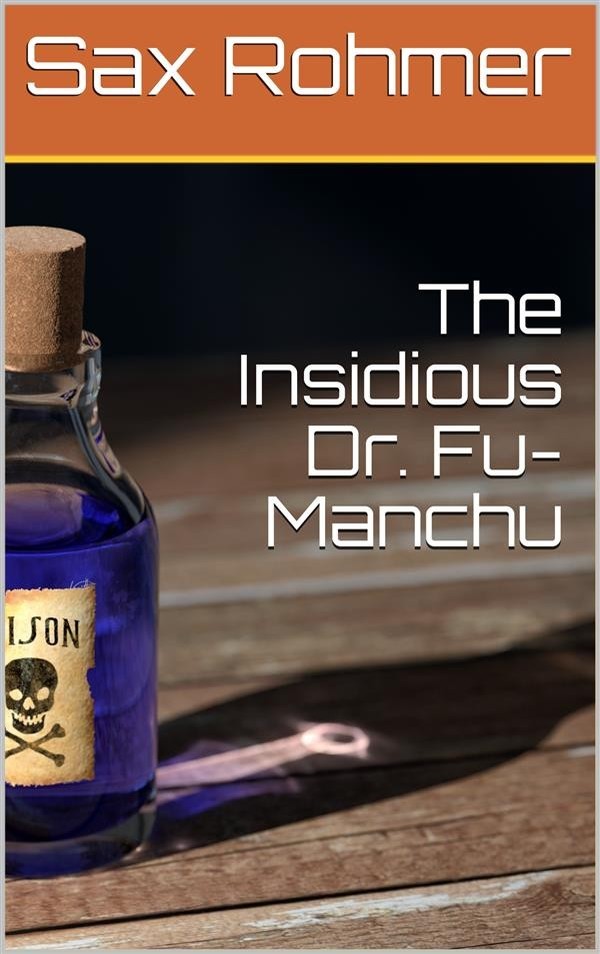 The Mystery of Dr. Fu-Manchu (1913) is the first novel in the Dr. Fu Manchu (sometimes "Fu-Manchu") series by Sax Rohmer. It collates various short stories published the preceding year. The novel was also published in US under the title The Insidious Dr. Fu-Manchu, and was adapted into the film The Mysterious Dr. Fu Manchu.

Dr. Petrie is surprised by a late night visitor, "a tall, lean ... square cut ... sun baked" man who turns out to be his good friend (Commissioner Sir Denis) Nayland Smith of Burma, formerly of Scotland Yard, who has come directly from Burma. We then learn that various men associated with India are the target of assassination by the Chinese Dr. Fu Manchu, who seems to have been active in Burma (as distinct from India), in places such as Rangoon, Prome, Moulmein and the "Upper Irrawaddy" and who comes to England with dacoits and thuggees.

Fu Manchu is pursued from the opium dens of Limehouse in the East End of London to various country estates. We learn that Dr Fu Manchu is a leading member not of "old China", the Mandarin class of the Manchu dynasty, or "young China", a new generation of "youthful and unbalanced reformers" with "western polish" – but a "Third Party". Nayland Smith is outwitted several times by Fu Manchu, and thus he reflects more the narrow escapes of the later Bulldog Drummond rather than the "logical" superior approach of the earlier Sherlock Holmes.

Fu Manchu is a master poisoner and chemist, a cunning member of the Yellow Peril, "the greatest genius which the powers of evil have put on the earth for centuries", though his mission is not exactly clear at this stage. He appears to be trying to capture and take back to China the best engineers of Europe, for some larger criminal purpose.