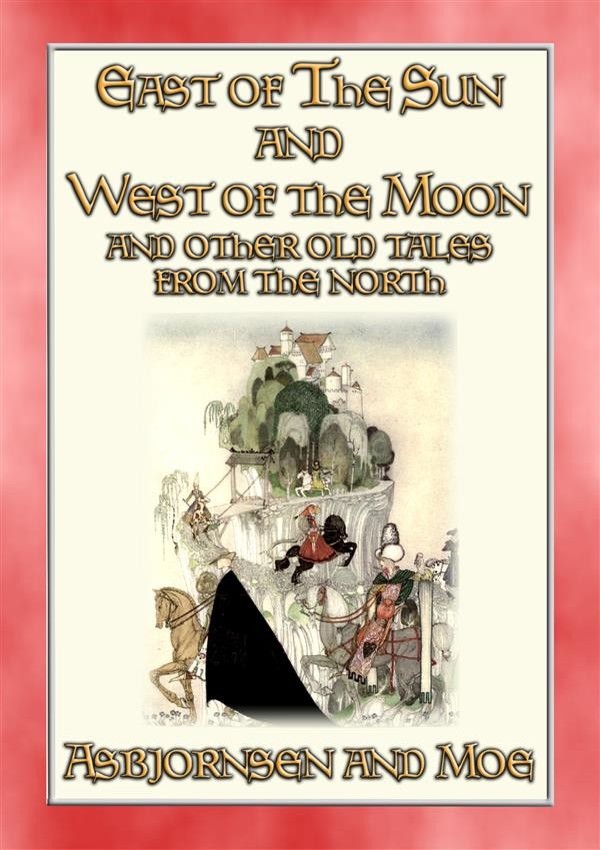 Step into a world of star-crossed lovers, magical winds, mischievous giants, and trolls, through some of the most exquisite illustrations in publishing history. In this gorgeous abridged edition, the most ambitious publication project of beloved Danish artist Kay Nielsen, one of the most famous children's book illustrators of all time is revives. First published in 1914, East of the Sun and West of the Moon is a celebrated collection of fairy tales gathered by legendary Norwegian folklorists Peter Christen Asbjornsen and Jorgen Engebretsen Moe on their journeys across Norway in the mid-19th century.

Nielsen's illustration edition of Asbjornsen and Moe's tales is considered a jewel of early 20th-century children's literature, highly sought-after by art and book collectors worldwide. An original signed copy of the book sold at auction in 2008 commanded the highest price ever paid for an illustrated children's book. This finely crafted volume presents 15 of the original fairytales, and restores the stunning detail and artistry of Nielsen's images to their original splendour. Featuring 46 illustrations, 25 in colour and 21 Black and White, which include many enlarged details from Nielsen's rare original watercolours.
The stories herein explore the history of Danish, Swedish and Norwegian folktales, and show the extent of Nielsen's life and work, and how this masterpiece came to be.
Table of Contents:
East Of The Sun And West Of The Moon
The Blue Belt
Prince Lindworm
The Lassie And Her Godmother
The Husband Who Was To Mind The House
The Lad Who Went To The North Wind
The Three Princesses Of Whiteland
Soria Moria Castle
The Giant Who Had No Heart In His Body
The Princess On The Glass Hill
The Widow’s Son
The Three Billy Goats Gruff
The Three Princesses In The Blue Mountain
The Cat On The Dovrefell
One’s Own Children Are Always Prettiest
==============
KEYWORDS – TAGS: East of the Sun, West of the Moon, Asbjornsen, Moe, Children’s stories, Children’s Books, Folklore, Fairy, Folk, Tales, bedtime story, legends, storyteller, fables, moral tales, myths, happiness, laughter, Blue Belt, Prince Lindworm,  Lassie, Godmother, Husband, Mind The House, Lad, North Wind, Three Princesses, Whiteland, Soria Moria Castle, Giant, No Heart, Body, Princess, Glass Hill, Widow’s Son, Three, Billy Goats, Gruff, Blue Mountain, Cat, Dovrefell, Own Children, Prettiest