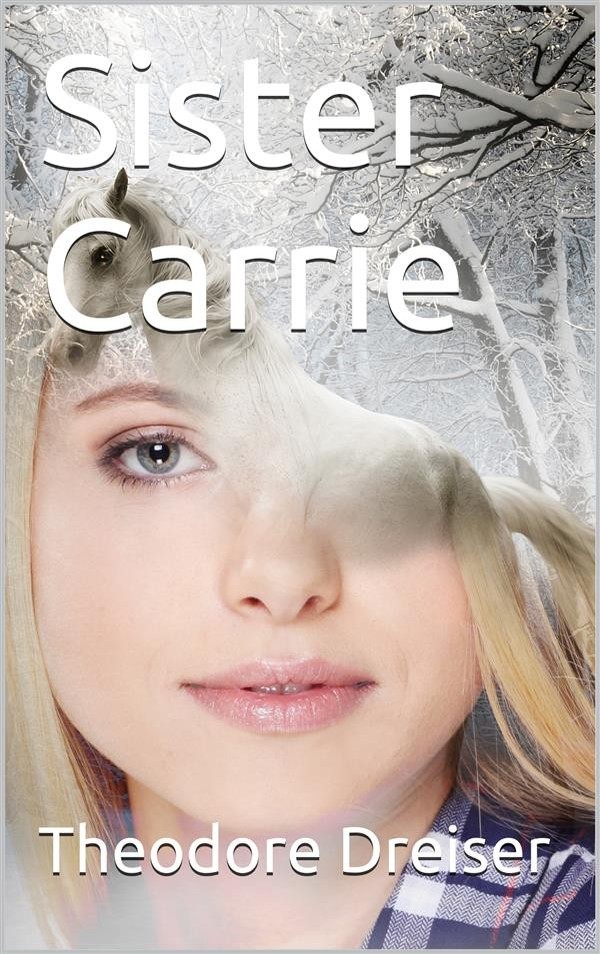 Sister Carrie (1900) is a novel by Theodore Dreiser about a young country girl who moves to the big city where she starts realizing her own American Dream, first as a mistress to men that she perceives as superior, and later becoming a famous actress. It has been called the "greatest of all American urban novels".

Dissatisfied with life in her rural Wisconsin home, 18-year-old Caroline "Sister Carrie" Meeber takes the train to Chicago, where her older sister Minnie, and Minnie's husband, Sven Hanson, have agreed to take her in. On the train, Carrie meets Charles Drouet, a traveling salesman, who is attracted to her because of her simple beauty and unspoiled manner. They exchange contact information, but upon discovering the "steady round of toil" and somber atmosphere at her sister's flat, she writes to Drouet and discourages him from calling on her there.

Carrie soon embarks on a quest for work to pay rent to her sister and her husband, and takes a job running a machine in a shoe factory. Before long, however, she is shocked by the coarse manners of both the male and female factory workers, and the physical demands of the job, as well as the squalid factory conditions, begin to take their toll. She also senses Minnie and Sven's disapproval of her interest in Chicago's recreational opportunities, particularly the theater. One day, after an illness that costs her her job, she encounters Drouet on a downtown street. Once again taken by her beauty, and moved by her poverty, he encourages her to dine with him, where, over sirloin and asparagus, he persuades her to leave her sister and move in with him. To press his case, he slips Carrie two ten dollar bills, opening a vista of material possibilities to her. The next day, he rebuffs her feeble attempts to return the money, taking her shopping at a Chicago department store and securing a jacket she covets and some shoes. That night, she writes a good-bye note to Minnie and moves in with Drouet.