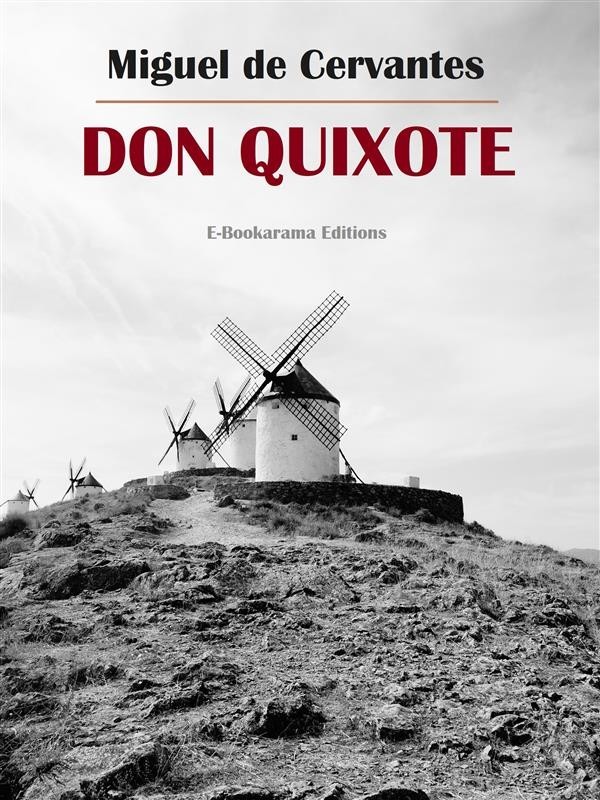 “Don Quixote” is a novel by a Spanish writer Miguel de Cervantes.

Don Quixote is engrossed in a book about ancient chivalry. He falls asleep and dreams that he is a knight defending his ideal woman, Dulcinea. His vision is disrupted when Sancho Panza bursts through the study door. The gluttonous Sancho has stolen a ham and a group of exasperated housewives are pursuing him. Startled by the commotion, Don Quixote turns the angry women out of the room. An idea then comes to Don Quixote. He will make Sancho his squire and together the two will set out on an adventure to defend virtue and punish those who transgress the code of chivalry.


"Don Quixote" is one of the most significant works by Spanish and the worldwide literature. It is important because it has the first characteristics of novels that we know today such as a long, complex story, characterized characters, a clear critic of society and art. Besides that Don Quixote is the second most translated and published work after the Bible. It set the foundation of the western European literature and it is considered to be one of the best fictional works ever.

The main character, Don Quixote, just like his sidekick Sancho Panza became icons of culture and the symbols of idealistic fighters – dreamers that have more love for heroic acts than victory. The motive of the windmills, the so-called “tilting at windmills” is a well-known symbol of a made up, needless fight and it was first brought to life in this novel. Every time we use that expression we are actually referring to the novel.