The Speeches and Table-talk of Mohammad 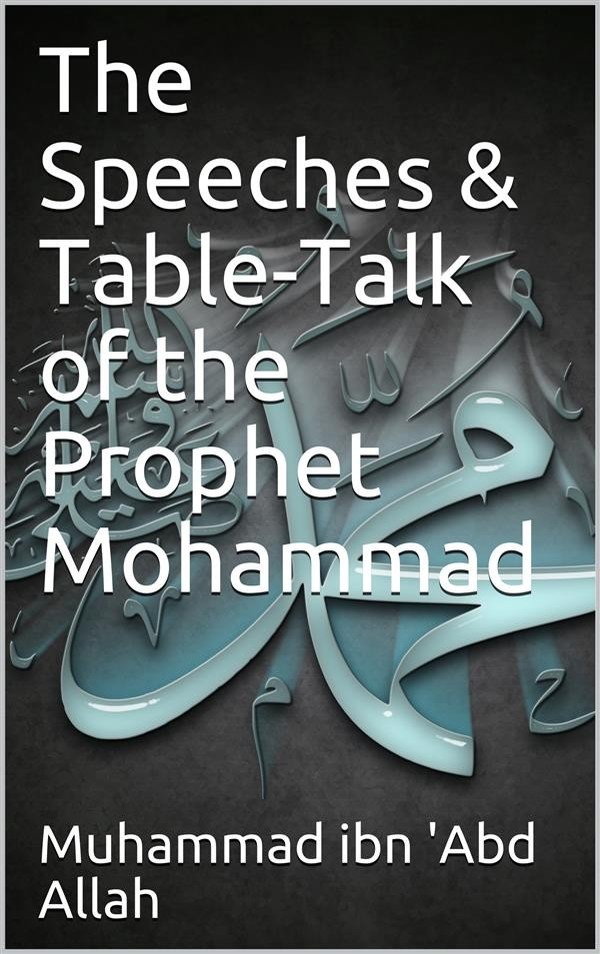 The Speeches and Table-talk of Mohammad

The aim of this little volume is to present all that is most enduring and memorable in the public orations and private sayings of the prophet Mohammad in such a form that the general reader may be tempted to learn a little of what a great man was and of what made him great. At present, it must be allowed that although “Auld Mahound” is a household word, he is very little more than a word. Things are constantly being said, written, and preached about the Arab prophet and the religion he taught, of which an elementary acquaintance with him would show the absurdity. No one would dare to treat the ordinary classics of European literature in this fashion; or, if he did, his exposure would immediately ensue. What I wish to do is to enable any one, at the cost of the least possible exertion, to put himself into a position to judge of popular fallacies about Mohammad and his creed as surely and certainly as he can judge of errors in ordinary education and scholarship. I do not wish to mention the Koran by name more than can be helped, for I have observed that the word has a deterrent effect upon readers who like their literary food light and easy of digestion. It cannot, however, be disguised that a great deal of this book consists of the Koran, and it may therefore be as well to explain away as far as possible the prejudice which the ill-fated name is apt to excite. It is not easy to say for how much of this prejudice the standard English translator is responsible. The patient and meritorious George Sale put the Koran into tangled English and heavy quarto,—people read quartos then and did not call them éditions de luxe,—his version then appeared in a clumsy octavo, with most undesirable type and paper; finally it has come out in a cheap edition, of which it need only be said that utility rather than taste has been consulted. One can hardly blame any one for refusing to look even at the outsides of these volumes. And the inside,—not the mere outward inside, if I may so say, the type and paper,—but the heart of hearts, the matter itself, is by no means calculated to tempt a reluctant reader.