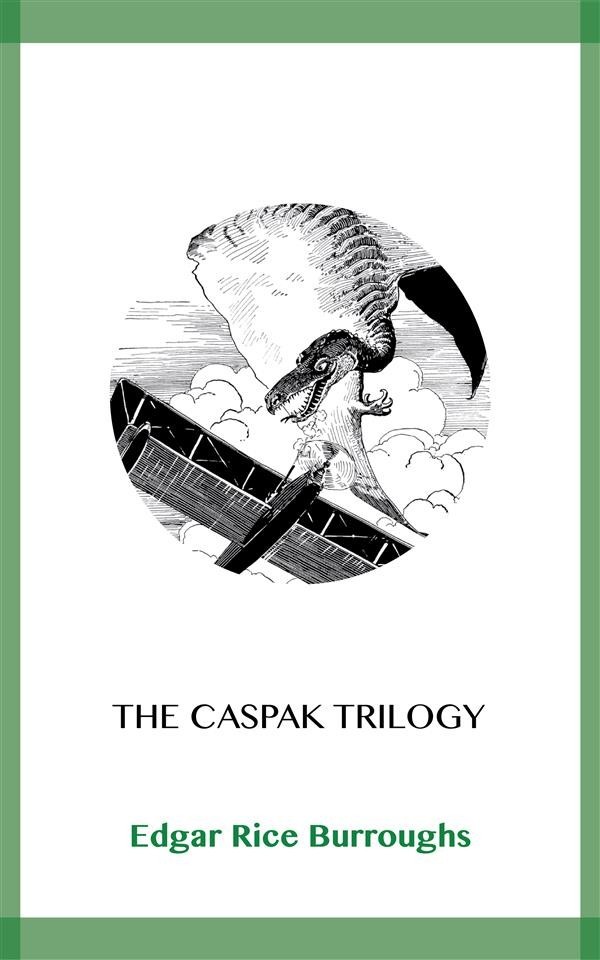 While he was best known for the "Tarzan of the Apes" and "Barsoom" series, Edgar Rice Burroughs true brilliance bursts forth in the Caspak Trilogy. In this trilogy, which includes "The Land that Time Forgot," "The People that Time Forgot," and "Out of Time's Abyss," we have Burroughs at his very best. This adventure streaks onward like a bullet to its jaw-dropping end. The Caspak trilogy, set during World War I, begins with the discovery of Bowen J. Tyler's worn manuscript floating in a bottle off the coast of Greenland. The manuscript reveals that Bowen and his companions were taken captive by a German submarine. The harrowing submarine ride leads to the discovery of a subterranean passageway to a most incredible land. This land, called Caspak by its inhabitants, is a microcosm of millions of years of evolutionary progress - with winged, humanlike creatures, dinosaurs, ferocious beasts of prey, Neanderthals, "wild ape-men," and monstrous reptiles.

Ray Bradbury was a huge fan of Burroughs, as can be seen in the following quote: "We may have liked Verne and Wells and Kipling, but we loved, we adored, we went quite mad with Mr. Burroughs." Bradbury was certainly not alone in his admiration of Burroughs as over the years countless directors, producers, actors, and writers have drawn inspiration from his writings. Burroughs' influence can still be seen nearly 60 years after his death. Spielberg's "Jurassic Park", Peter Jackson's "King Kong", and Tim Burton's "Planet of the Apes" all owe a debt of gratitude to Mr. Burroughs.