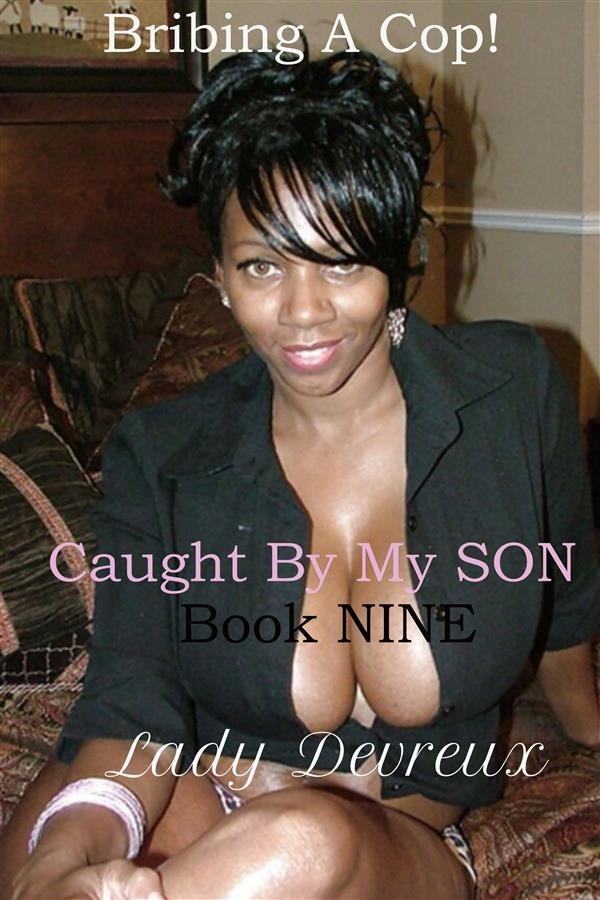 Jasmine doesn't like White people. When her husband left her for a White woman, it wrecked her life- she was forced to move back to Valdosta to try and keep her son out of trouble. This time, though, money isn't going to make his bond- how far will this Black mom go to save her son from the clutches of a racist Georgia cop?
Excerpt
“You want to fuck my daughter, Tyrone,” McCoy said, turning to face my son again, “Well, how bout I fuck your momma, boy? How you like that?”
I looked at my son- he seemed as shocked as I was.
This hillbilly was going to fuck me!
I had never been with a White man, and I still didn’t want to get any vanilla dipped into my chocolate pussy- but what choice did I have?
McCoy turned to face me, and smiling, he didn’t say anything else- those broad hands of his, which had been used probably to crack many skulls in his time as a “public servant”, unbuckled his belt.
I watched as he undid his belt, his pants suddenly sliding down from his waist. Underneath he wore boxer shorts, white shorts with hearts on them like some cartoon character, and it would have almost been comical except for the very fucked up nature of what was going down in this room right now!
This cracker mother fucker wants to fuck me, and he wants to do it in front of my son!
“McCoy, please, if you feel you really need to fuck me,” I said, “Then can we do it somewhere else?”
“No,” McCoy said, “It ain’t that I want to fuck you- you disgust me- it’s that you people need to learn your place.”
“You think all of you have such big cocks,” McCoy said to Tyrone, “Yep, big Black cocks, right? Well, boy, look at this fucking dick!”
McCoy’s hands pulled down his boxers, and I saw a White dick for the first time in my life.
I had never seen a White man naked before, not even on screen- except maybe for a shot of flabby pale ass in a regular movie- let alone a White cock. I was expecting him to be small, to be hung like a midget, some sickly pinkish imitation of what a man’s cock should look like. After all, I know how big Black cocks are- and so do White bitches, that’s why so many of them are always trying to steal our men!
Instead, this dick that pointed at me like a beacon, was far from small.
It was pale, untouched by the sun unlike the rest of his flesh, white as sugar seemingly, with a large, bulbous reddish-pink head. However, as he held it against his large palm, small was not a word I could use to describe it- he had to be at least eight inches long, thick like a large summer sausage, so thick that he almost seemed round in his shape. His cock had to be bigger than what I remembered from my husband, and he was definitely larger than the last man I had slept with.
I was looking at the dick of the enemy- the cock of this monster that wanted me to fuck him, right in front of my son and his daughter!
“McCoy,” I said, “You really want to do this- in front of your own daughter?”
Maybe he didn’t give a damn about Black people- maybe he hated us, and even wore a White robe when he wasn’t on duty- but he had to still want to spare his daughter from seeing this.
“In front of that dirty harlot?” McCoy laughed, “So what if she sees her daddy’s dick- she has already become a coal burner, so I don’t care!”
That is a very nice cock.
The owner might be worthless, but if that dick was Black- and we were alone- I would have already been on top of it. I couldn’t help but stare at it.
What will that feel like, going into my pussy?
“Come over here,” McCoy ordered me, “Come over here, and suck this White dick!”