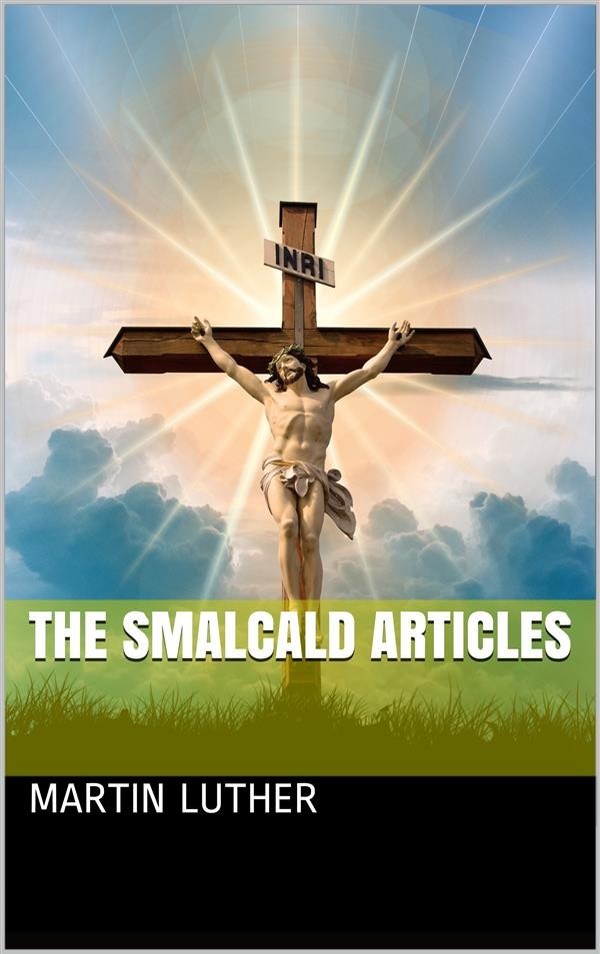 The Smalcald Articles.
Articles of Christian Doctrine
which were to have been presented on our part
to the Council, if any had been assembled at Mantua
or elsewhere, indicating what we could accept
or yield, and what we could not.

The Smalcald Articles or Schmalkald Articles (German: Schmalkaldische Artikel) are a summary of Lutheran doctrine, written by Martin Luther in 1537 for a meeting of the Schmalkaldic League in preparation for an intended ecumenical Council of the Church.

Luther's patron, Elector John Frederick of Saxony, asked him to prepare these articles for the Schmalkaldic League's meeting in 1537, held again in Schmalkalden. The League had been organized in 1531 as a union of various Lutheran territories and cities, to provide a united military and political front against Roman Catholic politicians and armies, led by Emperor Charles V.

When the Schmalkaldic League met, Luther was taken very ill with a severe case of kidney stones and so was unable to attend the meeting. The league ultimately determined not to adopt the articles Luther had written. They were influenced not to adopt the Smalcald Articles by Philipp Melanchthon, who was concerned that Luther's writing would be regarded as divisive by some. Melanchthon was asked to write a clear statement on the Papacy and this he did, a document that was adopted at the meeting as the Treatise on the Power and Primacy of the Pope.

In the Smalcald Articles, Luther summarized what he regarded to be the most important teaching in Christianity. The Articles were highly prized by John Frederick who ordered that they be made a part of his last will and testament. And though they were not adopted at the meeting of the Schmalkaldic League in 1537, most of the theologians present at that meeting subscribed to it. Parts of Hesse accepted them as confessional writing in 1544 and in the 1550s, the Smalcald Articles were used authoritatively by many Gnesio-Lutherans as well as being incorporated into “corpora doctrinae” during the following 20 years. In 1580, it was accepted as a confessional document in the Book of Concord.