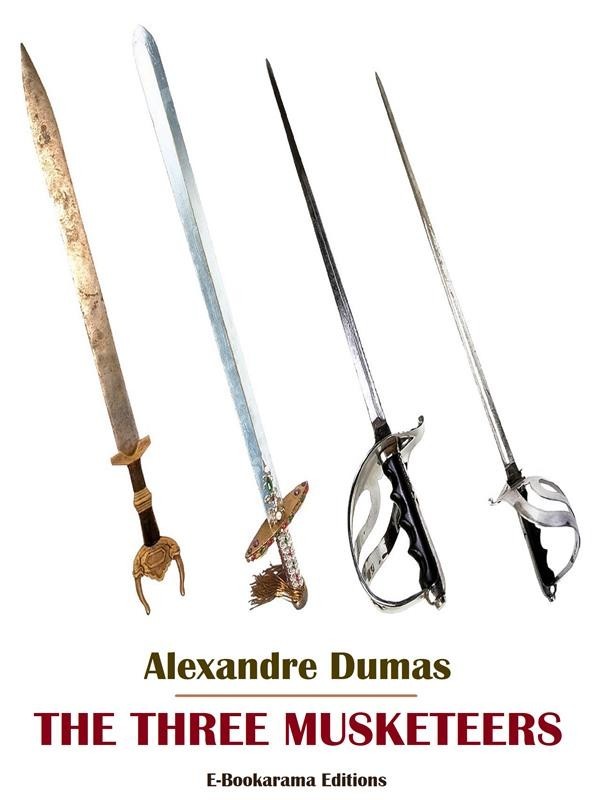 "The Three Musketeers" is a marvelous journey and should be appreciated foremost for its engaging story. The techniques Dumas employed to such success in 1840s- particularly his mastery of the form of the Romance-still work today.
The Three Musketeers was published in French as "Les Trois Mousquetaires" in 1844.
Dumas wrote two sequels that concerned D’Artagnan and the three musketeers: "Twenty Years After" (1845) and "The Vicomte de Bragelonne"; or, "Ten Years Later" (1848-50).

A historical romance, it relates the adventures of four fictional swashbuckling heroes who lived under the French kings Louis XIII and Louis XIV, who reigned during the 17th and early 18th centuries. At the beginning of the story, D’Artagnan arrives in Paris from Gascony and becomes embroiled in three duels with the three musketeers Athos, Porthos, and Aramis. The four become such close friends that when D’Artagnan serves an apprenticeship as a cadet, which he must do before he can become a musketeer, each of his friends takes turns sharing guard duty with him. The daring escapades of the four comrades are played out against a background of court intrigue involving the powerful cardinal Richelieu.