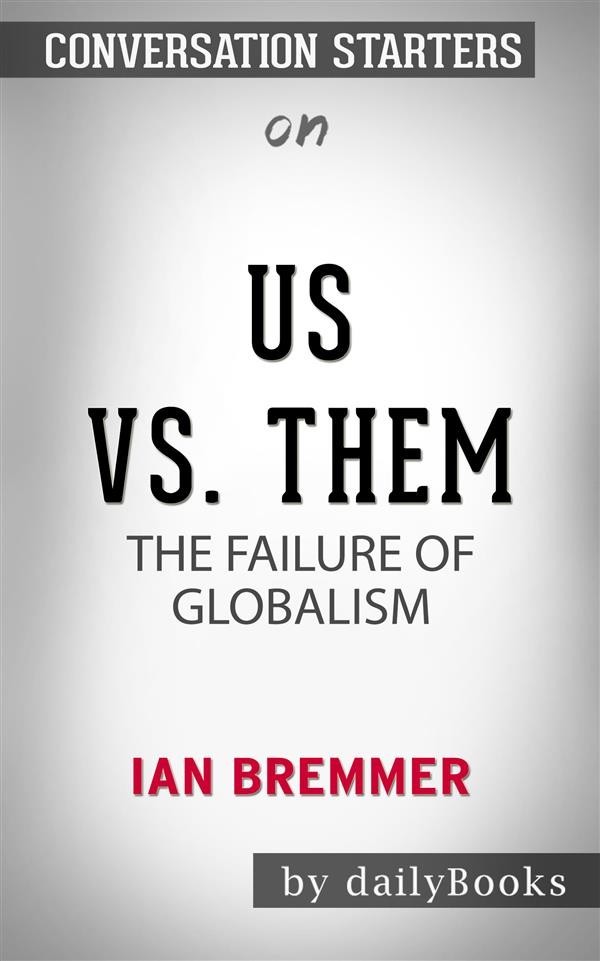 The world is seeing the rise of nationalist and populist politicians who lead their people in attacking the media, other political leaders, and the corporate elite in their efforts to blame "them" for the economic uncertainty that populations are going through. Globalization has done good things. It has enabled economic growth and helped many populations out of poverty. This, however, has also led to economic insecurity for many more, causing fissures on existing cohesive societies. The result is an era of backlash politics. Political conflict is not anymore about the divide between the left and the right or between the West and the non-West. It is between the rich and those whose economic status is unstable and seek protection from threatening economic competition, foreigners, and technological change.
Us vs.Them is a New York Times bestseller by the author of Every Nation for Itself and The J Curve.