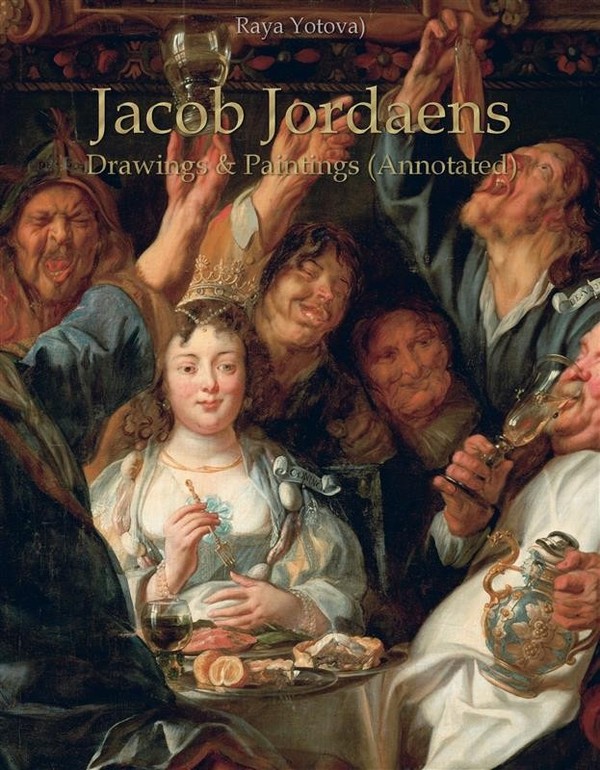 Jacob Jordaens is a completely distinct Flemish artist who, unlike most of his compatriot artists from his era, has never taken trips to Europe, and especially to Italy, to study the experience of foreign artists.
He was born and spent his entire life in Antwerp, where he created his glory as an unsurpassed master of painting. Today, along with Peter Paul Rubens and Anthony van Dyck, he is considered one of the three greatest representatives of Flemish Baroque art.
Jordaens came from a middle-class family. His father was a wealthy merchant, and this allowed young Jacob to get the best of his age education. He knew perfect French and Latin, which is evident from his paintings and letters, as well as well-known ancient history and mythology.
He began his career as a student of the great Flemish artist Adam van Noort, who also trained Peter Paul Rubens. He spent eight years as a student, before applying for membership in the Antwerp Art Guild "St. Luka", where he was admitted as a tapestry master. His narrowest specialty was watercolor sketches-tapestry projects, and he had worked on such projects throughout his career.
It seems that his relationship with his teacher, Adam van Noort, has not exhausted with the relationship between a master and a student, because he later married one of van Noort's daughters, and the houses of the two men were in close proximity to each other.
Although he has never traveled to Italy, Jacob Jordan’s' paintings have an immediate impact from the Northern Italian painting school, particularly Caravaggio, Titian, but also Veronese, and Bassano.