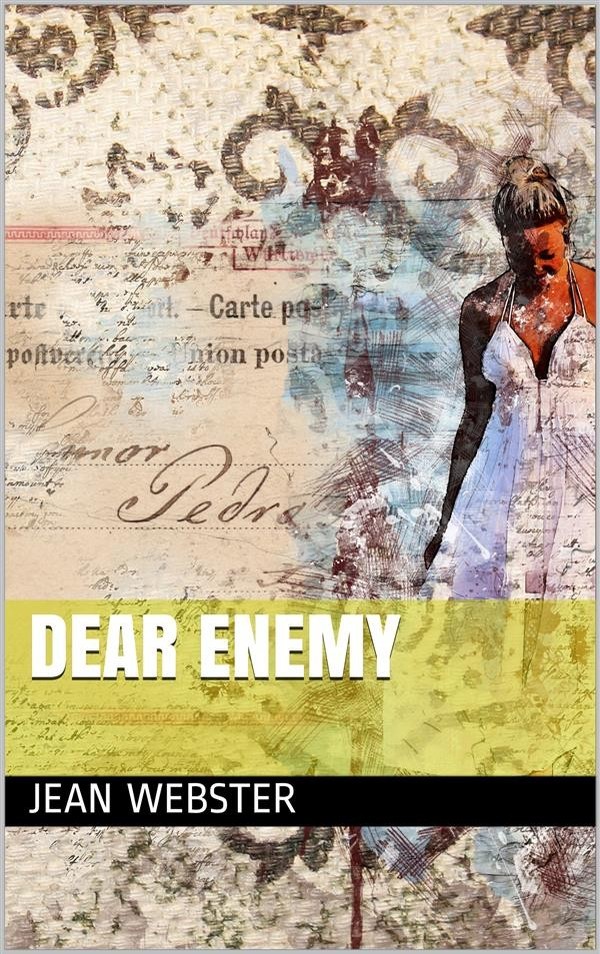 Dear Enemy is the sequel to Jean Webster's novel Daddy-Long-Legs. First published in 1915, it was among the top ten best sellers in the US in 1916. The story is presented in a series of letters written by Sallie McBride, Judy Abbott's classmate and best friend in Daddy-Long-Legs. Among the recipients of the letters are Judy; Jervis Pendleton, Judy's husband and the president of the orphanage where Sallie is filling in until a new superintendent can be installed; Gordon Hallock, a wealthy Congressman and Sallie's later fiancé; and the orphanage's doctor, embittered Scotsman Robin 'Sandy' MacRae (to whom Sallie addresses her letters: "Dear Enemy"). Webster employs the epistolary structure to good effect; Sallie's choices of what to recount to each of her correspondents reveal a lot about her relationships with them.

As Daddy-Long-Legs traced Judy Abbott's growth from a young girl into an adult, Dear Enemy shows how Sallie McBride grows from a frivolous socialite to a mature woman and an able executive. It also follows the development of Sallie's relationships with Gordon Hallock, a wealthy politician, and Dr. Robin MacRae, the orphanage's physician. Both relationships are affected by Sallie's initial reluctance to commit herself to her job, and by her gradual realization of how happy the work makes her and how incomplete she'd feel without it. The daily calamities and triumphs of an orphanage superintendent are wittily described, often accompanied by the author's own stick-figure illustrations.