FOLK TALES FROM THE RUSSIAN - Russian Folk and Fairy Tales 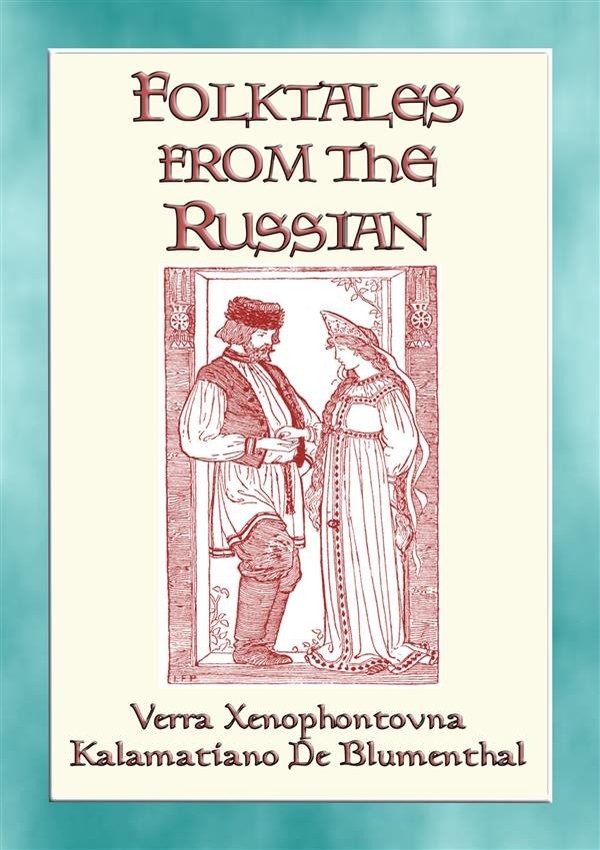 FOLK TALES FROM THE RUSSIAN - Russian Folk and Fairy Tales

In Russia, as elsewhere in the world, folklore is rapidly scattering before the practical spirit of modern progress. The traveling peasant bard or story teller, and the devoted "nyanya", the beloved nurse of many a generation, are rapidly dying out, and with them the tales and legends, the last echoes of a nation's early joys and sufferings, hopes and fears, are passing away.

The student of folk-lore knows that the time has come when haste is needed to catch these vanishing stories and songs of the nation's youth and to preserve them for the delight of future generations. In sending forth the stories in the present volume, all of which thankfully captured and down in print in this volume. It was the hope of the compiler that they may enable Western children to share with the children of Russia the pleasure of glancing into the magic world of the old Slavic nation.

In this volume you will find the stories of:
The Tsarevna Frog
Seven Simeons
The Language Of The Birds
Ivanoushka The Simpleton
Woe Bogotir
Baba Yaga
Dimian The Peasant
The Golden Mountain
Father Frost

It is also accompanied by 10 full page pen and ink illustrations plus many finely crafted vignettes which bring the stories to life.