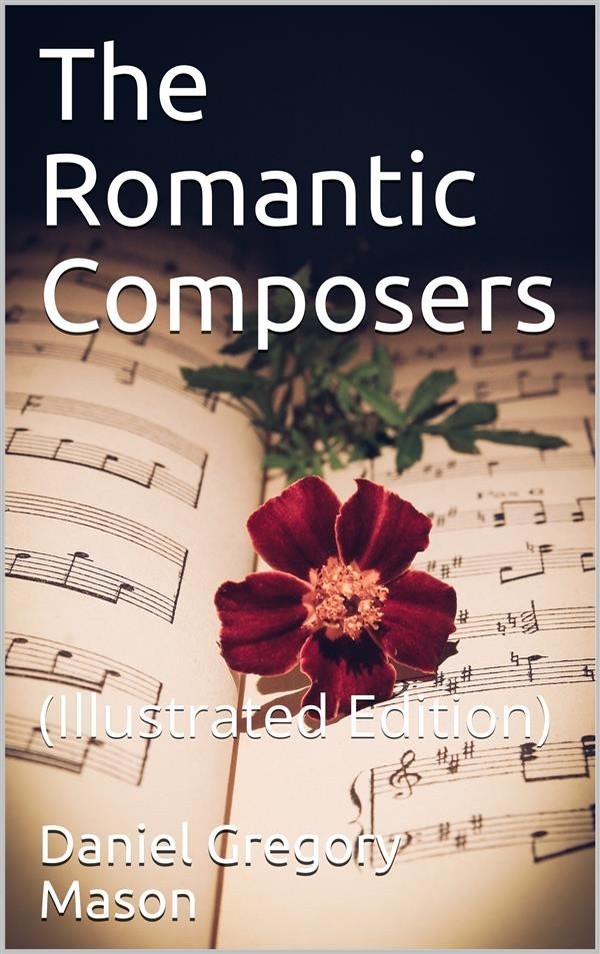 This book completes the series of studies of composers and of their music, from Palestrina to the present day, which was begun with "From Grieg to Brahms" (1902), and continued in "Beethoven and his Forerunners" (1904). It will be noted that these three volumes should be read in an order different from that of their publication. First should come "Beethoven and his Forerunners," in which are made a general survey of the periods of musical history and the principles of musical style, and special studies of Palestrina, Bach, Haydn, Mozart, and Beethoven; then "The Romantic Composers," in which the story is taken up at the death of Beethoven and carried through the period of romanticism, with essays on Schubert, Schumann, Mendelssohn, Chopin, Berlioz, and Liszt; and finally "From Grieg to Brahms," comprising studies of the chief modern musicians, including Grieg, Dvořák, Saint-Saëns, Franck, Tschaïkowsky, and Brahms, and two more general papers on "The Appreciation of Music" and "The Meaning of Music." Thus read, the three books should serve as a commentary on the more important individual composers, æsthetic principles, and historical schools in modern instrumental music.
From the first I have had in mind the intention of illuminating the musical peculiarities of each composer by constant reference to his personal character and temperament. For this reason, while I have dealt as briefly as possible with colorless biographical facts, I have made free use of characteristic anecdotes, of contemporary descriptions of appearance, manners, etc., and of letters and table-talk where they are available. Music is indeed a unique artistic medium, and no man can express anything in it except through a technical mastery which has little to do with his character. Yet, given the medium, what he does express is bound to be permeated with his peculiar personality; and as the general reader can get a much clearer idea of a human being like himself than he can of so subtle a technique as that of music, it has seemed better to lay stress on that side, even though it is not the only or perhaps even the most important one. With the object of keeping awake, nevertheless, the reader's sense of those technical methods and traditions which so largely determine the nature of all music, I have included in each book some pages dealing with impersonal principles and historical schools.

Believing that one has no right to intrude, in such studies as these, one's own prejudices, but should transcend as far as possible one's temperamental limitations, I had hoped to be able to maintain throughout the attitude of the chronicler, and to exclude all special pleading. In the essays on Berlioz and Liszt I have perhaps not achieved this detachment of attitude. Realism is a tendency which seems to me quite mistaken and mischievous in music, and I have attacked it with some warmth. But in view of the great favor that realism enjoys in contemporary composition, the shoals of writers that rally every day to its defence, and the potency of its appeal to the average listener, whose dramatic sense and pictorial imagination are always livelier than his purely musical perception, I do not greatly fear that I shall dangerously disturb any reader's critical equilibrium.

These studies are intended simply as guides to the music they discuss. If they lead the reader to the concert-hall, to the piano, to the library of scores; if they help him to hear themes and their development where before he heard only masses of agreeable sound; if they incite him to repeat and analyze his musical experiences, to listen with his mind as well as his ears, to study a symphony as alertly as he would study a painting or an essay,—then only will they have justified their existence.