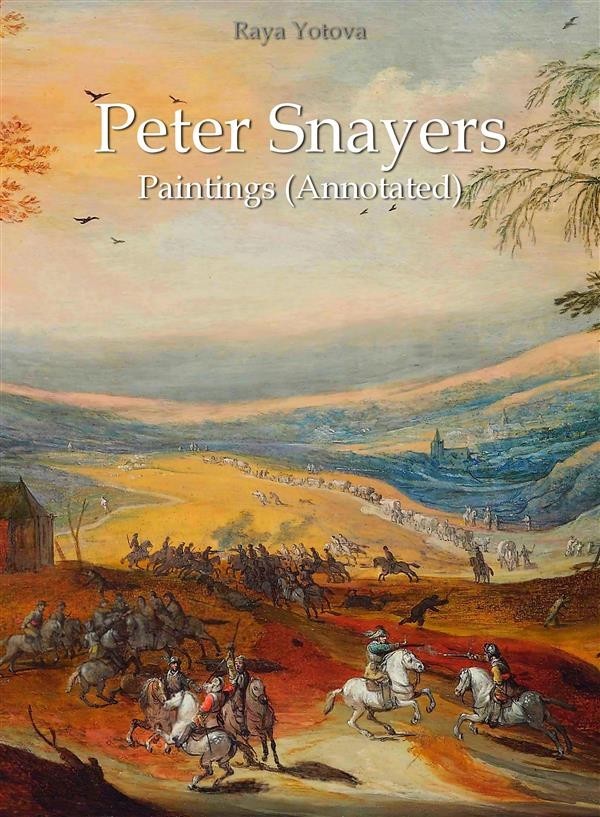 Peter Snayers was a Flemish artist, known for his panoramic battle scenes, images of cavalry skirmishes, raids over villages, convoys and hunting scenes. He established his status mainly through his topographic war scenes, giving a bird's eye view of the battlefield. He also painted great-scale landscapes and portraits of the aristocracy.
He was a regular associate of local landscape artists and Rubens.
He became early a master in the Antwerp Guild and soon moved to Brussels where he worked for the court of the Spanish rulers. He was the chief military painter of the royal court in Brussels and the appointed court painter with the rank of Colonel.
Snayers joined the guild of artists in Brussels and became a citizen of Brussels at the same time. After Isabella's death in 1633, he became an artist of the next two governors. For them, he painted scenes of victorious battles in the sixteenth-century tapestry tradition.
He also painted portraits of the nobility in Brussels and great-scale landscapes. He also worked for other prominent patrons and the open market. The emphasis in his career was the commission for 22 war paintings by General Ottavio Piccolomini. While working in Brussels, he regularly visits his hometown of Antwerp, but never returned to live there. In a few cases, he worked with artists in Antwerp like Peter Paul Rubens.