The Boys' and Girls' Pliny / Being parts of Pliny's "Natural History" edited for boys / and girls, with an Introduction 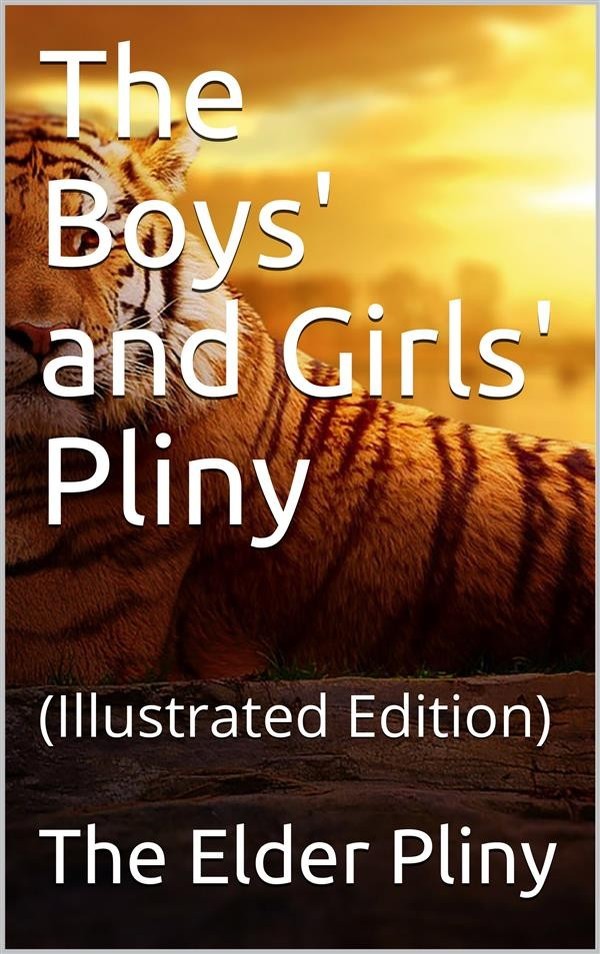 The Boys' and Girls' Pliny / Being parts of Pliny's "Natural History" edited for boys / and girls, with an Introduction

Being Parts Of Pliny’S “Natural History”
Edited For Boys And Girls, With An Introduction

In the little village of Como, in that province of Northern Italy called by the Romans “Gaul-this-side-the-Alps,” was born, twenty-three years after the coming of our Lord, Caius Plinius Secundus, known to us by the shorter name of “Pliny.” His boyhood was spent in his native province, but we find him in Rome in his sixteenth year attending the lectures of Apion, the grammarian. Like Herodotus he became a great traveller for those days, visiting Africa, Egypt and Greece, and in his twenty-third year he served in Germany under Pomponius Secundus, by whom he was greatly beloved, and was soon promoted to the command of a troop of cavalry. He appears to have remained in the army, journeying about extensively in Germany and Gaul, until he was twenty-eight years old, when he returned to Rome and devoted himself to the study of law. But his natural taste for literary work speedily developed itself, and, abandoning his forensic pursuits, he set to work upon a life of his friend Pomponius and an account of “The Wars in Germany,” which filled twenty books when completed, no part of which is now extant. In the reign of Nero, Pliny was appointed procurator, or comptroller of the revenue, in Nearer Spain. During his absence upon this mission his brother-in-law, Caius Cæcilius, died, leaving one son, a boy ten years of age, Caius Plinius Cæcilius Secundus—afterwards a famous lawyer and the author of the “Letters”—whom he adopted immediately upon his return from Spain, A.D. 70. To this nephew we are indebted for nearly all we know of Pliny’s personal character and mode of life, a very entertaining description of which he gives in a letter to his friend, Baebius Macer: