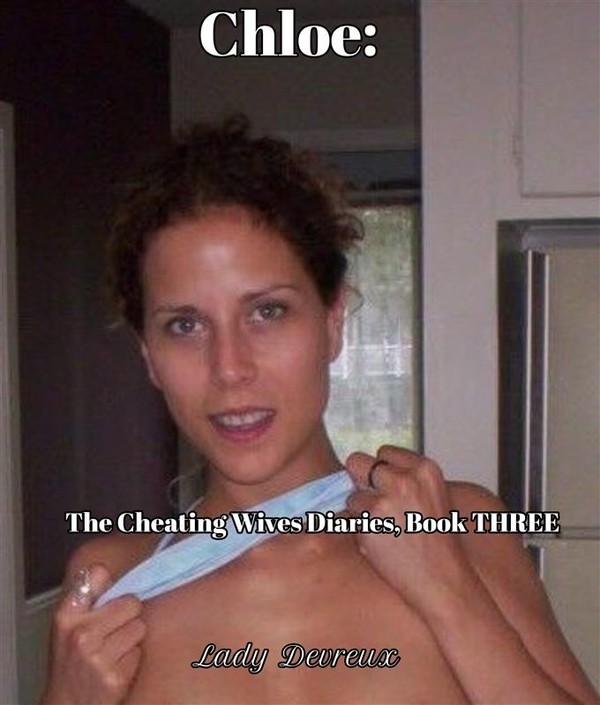 Chloe's husband took a job offshore because the money is good. Chloe fills her days now online, by buying and selling junk she finds in swap groups. What happens when she meets a man who is looking for a different type of swap?
Excerpt
“So you must be Chloe,” Todd said, as he walked into my kitchen and extended his hand, “Nice to meet you.”
You are even better looking in person.
The man that stood in front of me was about six feet tall, and while people usually use their best picture for their profile pic, he was as good looking in person as he had been online. His form was fit and angular, broad shoulders filling out a button up blue and gold western style shirt, and a muscular lower body clad inside of tight fitting Wranglers. Nothing is as sexy as a man in tight jeans, I don’t know why so many younger men think that walking around with their ass hanging out is attractive.
“Same,” I said, taking his bear paw like hand into my own smaller palm, “So how bad were the roads?”
“Not too bad,” Todd said, smiling, as his eyes looked me over.
Just because I was not his type, did not mean that he was not going to take quick appraisal of my own body. It is natural when two unrelated people of opposite gender meet for them to sum each other up physically, but as he looked me over, I felt myself blushing.
You are acting like some school girl with a crush on her teacher!
“Would you like some coffee?” I asked, being conversational.
People where I am from who are meeting for business like to get right into it, but from what I have learned, most Missourians want to chat at least for a few minutes. This was fine with me, as I appreciated having the company.
Especially when the company is a good looking man.
“Sure,” Todd said, “I’ll take mine with two sugars, please.”
As I poured him a mug, and added the sugars, my eyes stole a glance or two at him.
If I was single…
“So,” I asked, bringing him the cup of coffee, “What kind of sausage do you have- spiced, turkey, venison?”
“The kind you eat,” Todd said, as his hand reached forward to take the mug that I was offering him.
His fingers made the briefest contact with my own- not long enough to be considered inappropriate, but long enough that I felt his skin against my own, which made my nipples harden.
“Very funny,” I said, as I leaned back against the island in the middle of our kitchen, “Now, like I said, I don’t really know what you want out of what I got right now. I have a lot of postcards, some furs, and-”
“You know what I want,” the man said, raising his left eyebrow as he took a deep sip of the coffee, “No reason to bullshit.”
When he said that, I felt a shiver seemingly cross the room and wash over me.
What was he up to?
He was not here to trade meat for the junk I had in the outbuilding; no, he was here for something else, something that involved more than a simple swap of stuff between two people-
“I am a married woman,” I said, slowly, “Now, if you think that-”
“Look,” Todd said, placing the cup down on the table, “You know damn well that I am married too. Now, are we going to keep wasting time, or are we going to get this done with- I have to drive back here in another hour, to make sure that I am home when my wife gets off work!”
He came here to fuck you, Chloe, pure and simple.