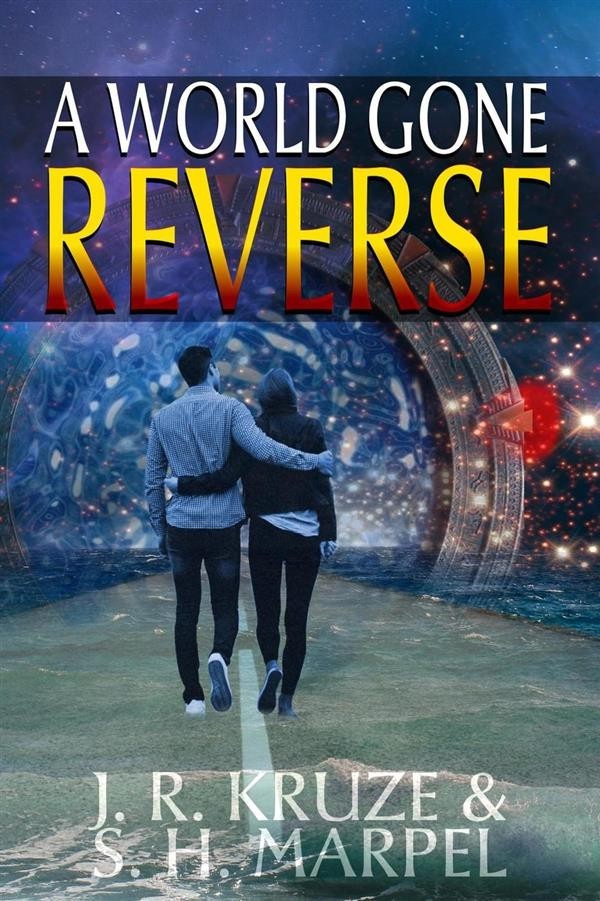 When the hamburgers all disappeared, along with the buns I was warming, I thought I was seeing things.
But when my spatula went through the cast-iron grill top - I had to let it go out of reflex. No way was I going after it. I'd been burned too many times.
It wasn't like I had a choice after that. Because the grill itself dropped out through the bottom of the rolling coach we were cooking out of that summer.
I looked up at Hami, my order-taker, partner, and lover - only to see her fall through the floor as well. A look of shock and trying to say something, but frozen in time.
Then the coach disappeared, and I fell with it - but only as far as the pavement it used to be parked on. I could see the asphalt beneath my feet at least.
Until it turned to some sort of foamy waves lapping on a beach I'd never seen before. Green hard-packed sand. Green water. And a long white line that went down this beach like it was some sort of dual-lane highway.
In the distance, this shimmery circle thing. Down that "highway".
Oh, what the hell. Nothing else out here but sand and water. Might as wellcheck it out...

Excerpt:
No matter who I thought of through that pendant, no one was answering. Not Hami, not Jean, not any of the Lazurai, and no one at the Library. I couldn't get anyone to contact me, let alone come to help me with this scene.
I was almost up to that shimmery circle now. It looked like something out of a Sci-Fi movie. Or maybe out of one of those Virtual Reality games where you ported to some other section of the game.
It just stood there, tempting me. Taunting me.
The bottom third of its gray metal edge was sunk into the green sand. Somehow, the water covered its edges on each side, so just maybe it could be "dialed" in from somewhere else. But for now, it was stuck in its shimmery mode, just beckoning me to take a trip through it.
Not so fast.
Looking around, I found a smallish green pebble and chucked it through with a sidearm pitch. And not too soon after had to duck as it came zinging back through.
So I just stood there and waited. If that was automatic, then there was no sense stepping into it. If someone through it back, then I'd get something else coming through any time now.
Which prompted me to step to the side. My flat-bottomed white boat-shoe tennies were already soaked, so standing in ankle deep water was nothing. At least the water was cool - but not cold. This was some sort of sub-tropic scene. Like maybe San Diego or something.
Still, it was darkening now. And no place to lay down to sleep tonight unless I wanted to wake up looking like a prune tomorrow from the water that lay over almost everything here.
Didn't have to wait long. Some note inside a plastic bag, attached to a weight of some sort arrived. Landing just barely beyond the edge of the circle's shimmer.
I slowly stepped toward it. Not wanting someone or something to grab me from beyond the short distance from the bag to that mystery beyond. Bent down, crouched, and managed to grab it before scooting a dozen feet away. Just out of reach, I hoped.
Then opened up the plastic bag. It had been wired on to some sort of small wooden chunk, kinda rounded off like it had been weathered. A piece of walnut or something.
As I pulled out the note and began unfolding it, I was only hoping I could read whatever language it was written in.
And my eyes opened wide when I found I could...