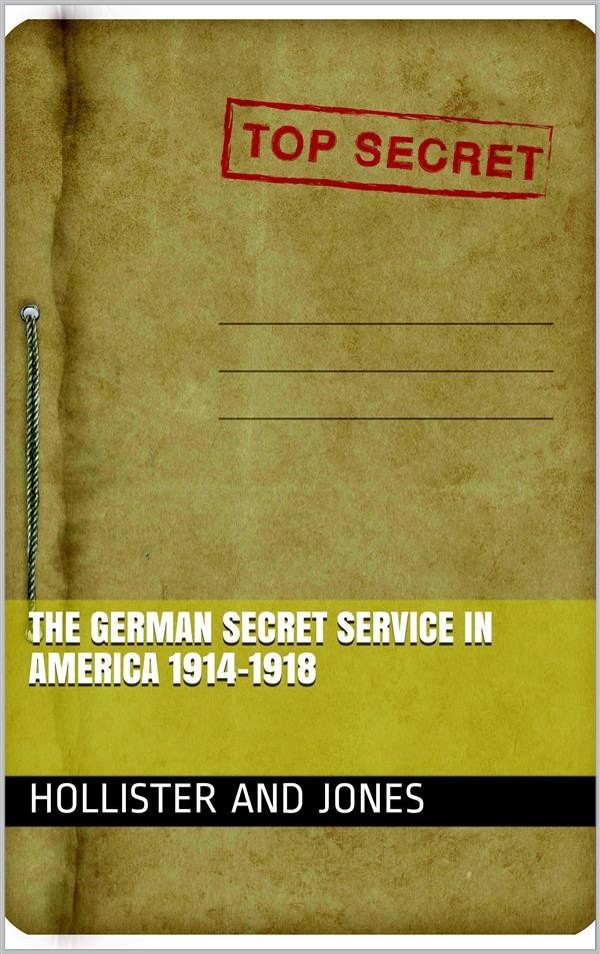 A nation at war wants nothing less than complete information of her enemy. It is hard for the mind to conceive exactly what "complete information" means, for it includes every fact which may contain the lightest indication of the enemy strength, her use of that strength, and her intention. The nation which sets out to obtain complete information of her enemy must pry into every neglected corner, fish every innocent pool, and collect a mass of matter concerning the industrial, social and military organization of the enemy which when correlated, appraises her strength—and her weakness. Nothing less than full information will satisfy the mathematical maker of war.

Germany was always precociously fond of international statistics. She wanted—the present tense is equally applicable—full information of America and her allies so as to attack their vulnerable points. She got a ghastly amount of it, and she attacked. This book sets forth how secret agents of the Teutonic governments acting under orders have attacked our national life, both before and after our declaration of war; how men and women in Germany's employ on American soil, planned and executed bribery, sedition, arson, the destruction of property and even murder, not to mention lesser violations of American law; how they sought to subvert to the advantage of the Central Powers the aims of the Government of the United States; how, in short, they made enemies of the United States immediately the European war had broken out.

The facts were obtained by the writer first as a reporter on the New York Sun who for more than a year busied himself with no other concern, and afterwards in an independent investigation. Some of them he has cited in a previous work. This book brings the story of Germany's secret agencies in America up to the early months of 1918. Because the writer during the past six months has devoted his entire time to the Liberty Loan, it became necessary for him to leave the rearrangement of the work entirely in the hands of the co-author, and he desires to acknowledge his complete indebtedness to the co-author for undertaking and carrying out an assignment for which the full measure of reward will be derived from a sharper American consciousness of the true nature of our enemy at home and abroad.

So we dedicate this chronicle to our country.