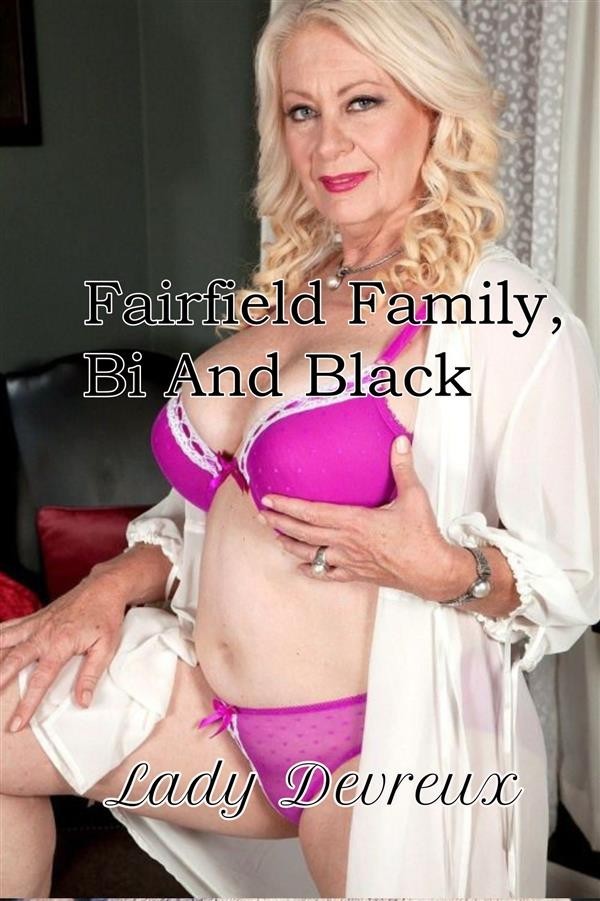 Julianna can see that something has changed in her son Jackie, and as his mother, it is up to her to protect the legacy of their important political family. Deciding that she must take drastic measures to ensure that her son doesn't turn gay, instead, she discovers that her and her son have the same secret- they like their sex Bi, and they like their men Black!
Excerpt
“Say you want it,” Billy commanded me, “I want to hear that pretty White mouth of yours say that you want this big Black cock deep inside of your pussy. Say it!”
“Yes,” I whispered slowly.
“I can't hear you,” Billy said, “Say it louder.”
“Yes,” I heard myself almost yelling, from somewhere far away, “I want it!”
“What do you want?” Billy laughed, “ A cookie?”
“No! I want that Black dick!” I found myself saying, “I want that hard Black dick inside of my pussy!”
Am I under some sort of spell- am I going crazy?
At this, Billy did not want to talk anymore. He had no further use for language, or commands, as he lifted me up in the air, and he wrapped his right arm underneath the supple flesh of my mature backside. Carrying me like this, using just one arm to lift me and the left arm to support me, Billy took me like a captive to the couch, and he set me down on the arm of the sofa.
Holding me with his left arm around the small of my back, his right arm moved to lift my legs.
I know what you are about to do, and I am not going to stop you!
I opened my legs, placing each of them one on of Billy's young dark shoulders, spreading my thighs apart for the cock that pressed into the side of my leg. Billy's right hand pulled the silky fabric of my panties aside, exposing the bare flesh of my pussy for him.
With that, he slid the head of that black snake into my pussy. I groaned as he entered me raw, the width of his cock pushing my labia open, the feeling of emptiness that had plagued me for way too long now being replaced by the firm stiffness of his swollen Black cock. I began to clench in the first stages of orgasm, my body reacting to this pleasantness, as he took what he wanted from me.
I'm sorry Jack.
Billy did not simply penetrate me, nor did he take it easy on me despite my groans as soon as he made contact with the innermost part of my body. Once he was all the way in, he began to gyrate those hips of his, his hands supporting my frame, and with each motion, I felt closer and closer to orgasm. He tore my pussy up, showing no mercy as he plowed me with his fleshy cock.
Now I know why so many women do this, why they go Black!
“Fuck,” I groaned, as my excitement raged, and my nipples pressed into the well formed shape of his chest, “Fuck, you are big!”
“Yeah,” Billy said, his grin wide, “First Black cock is always the best, isn't it?”
“Oh fuck,” I moaned, “Oh fuck!”
I came on him, my juices releasing from deep within me, as he drove himself to the hilt inside of me. It was an intense orgasm- better than the masturbatory ones I had been relying on for so long, better than any I had remembered from before. Jack had been my love, but this crude Southern Black man was fucking me in a way that made me forget anything but what was inside of me: his cock.
In the open doorway, I saw Jackie, standing there with his face wide, his eyes riveted on the sight of me, his mother, getting fucked by his new best friend.