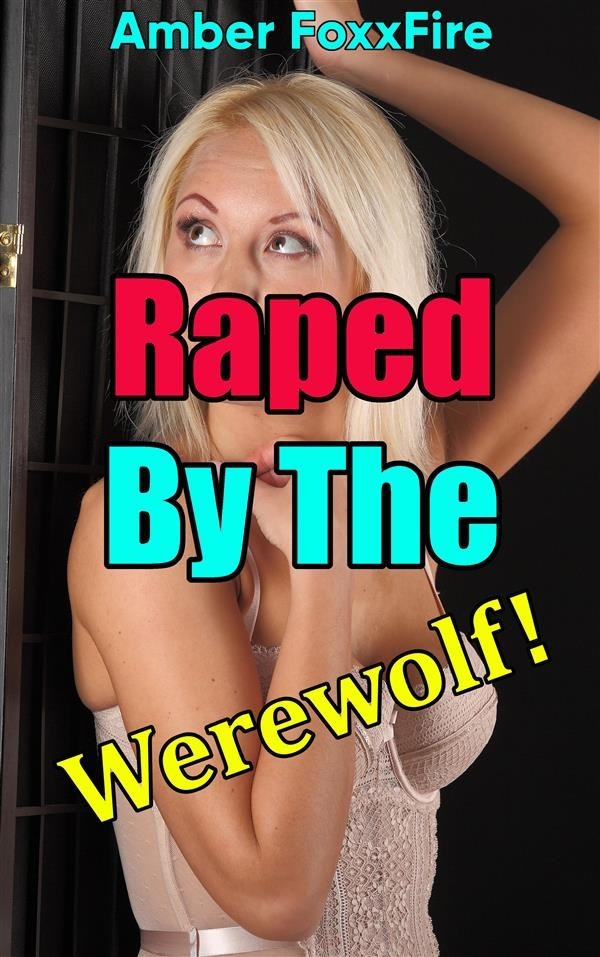 On the run from a powerful werewolf, exhaustion had finally set in and Janet fell to the ground. The Alpha Werewolf fell upon her and raped her savagely and brutally, forcing her to became his slave and carry his child.

The powerful werewolf raced through the forest seeking his helpless prey. Hunger burned in his loins as he sought her out in the silent conifers.

The need to mate with Janet was overpowering. She on the other hand - the foolish 18-year-old - didn't want to breed with him.

As an Alpha, to be refused was an insult, therefore she must be taught a lesson. It would be a tough lesson that she'd never forget.

Silverfang followed Janet's frightened scent deep into the forest and out into a meadow. There she lay, panting, too tired to run on.

Her legs were wobbly and she had fallen. She lay on the ground, too tired to move. Helpless. Just as he liked.

Silverfang stepped out into the silver light of the full moon, his large, imposing form casting an eerie shadow on the ground. Her eyes widened when they fell upon him.

"No!" She gasped, holding her sides as she tried in vain to catch her breath.

He smiled as he noticed glowing eyes of the pack as they watched him deal with this rebellious bitch.

She staggered to her feet and started to walk away. He leaped upon her, grabbing her shirt and ripping it off.

She shook her head as she panted. Janet was just too exhausted to run anymore.

Silverfang smiled as he felt her ample breasts with his large hands. They were so soft and cloud-like and they stirred his lust even more.

Tonight, he felt like toying with his prey, enjoying her fear. Suddenly, he tore off her jeans.

"Please don't!" She begged, looking at him with her wide, fearful eyes.

He slapped her hard on the cheeks, flinging her head back.

He grabbed her by her throat and shook her as if she were a rag-doll.